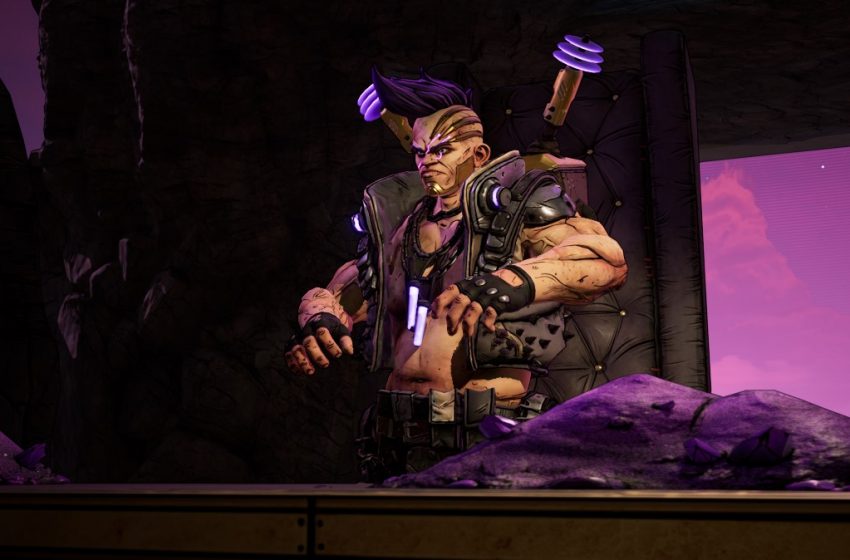 Joey Ultraviolet is a new boss that was introduced to Borderlands 3 for the Revenge of the Cartels event. Joey can be found in the Villa Ultraviolet, which you will need to reach to help Maurice. After you arrive at the Villa, you will need to fight your way through some goons, then enter the villa and find a missing part of a fountain.

This will be hidden somewhere in the Villa, so follow the waypoint to find it. When you get it, return to the fountain inside the front door, place the piece, and a secret staircase will be revealed. This will lead to the Joey Ultraviolet fight.

This is a pretty fun fight, involving some traps in the room, and some lesser enemies to fight. The first thing you will need to do is kill the ads, which are four guard dogs that have shields and armor.

After they are dead, some random enemies will spawn in the room, including henchmen like Fish Slap, Smallums, and the others. Just kill them as normal and they will teleport back to the forcefield that Joey hides behind.

Some traps will appear in the room in the form of lasers, and acid pits, so make sure you avoid them at all costs, as they hurt you quite badly.

Joey will spawn in with two henchmen, and you will see two lines of energy linking him to each henchman. You won’t be able to kill Joey until you snap the lines, so take out the henchmen first, and ignore Joey until both of them are dead.

When you kill them both, you can freely work Joey over and kill him. You will want a good mix of Fire, Electrical, and Corrosive damage for this fight, and after that, it will be a breeze.