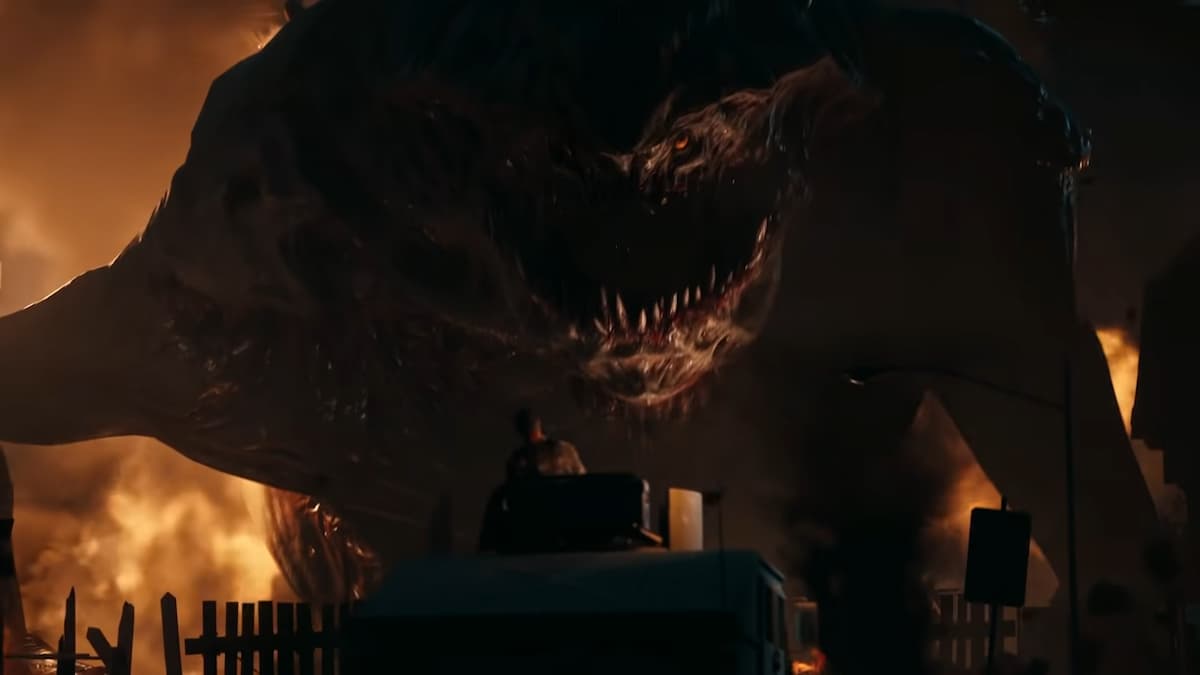 You finally made it to the last level of Back 4 Blood. After returning home from testing a new weapon against the Ridden, a gigantic enemy called the Abomination has appeared from underground. The entire last level of the game is dedicated to killing this behemoth. Here is how to do it.

First, before you leave the safe room, be sure you are stocked up. Tons of weapons will be on the ground, all of them epic rarity and very strong. Be sure to pick one up for both your primary and secondary weapons. Next, in the shop, have all members buy one team upgrade, and then be sure to outfit yourself with what you like using. We prefer using Pain Pills as our support, Pipe Bombs for offense, and for this level, Defibrillators.

Four tentacles will burst out of the ground upon going out onto the street, and zombies will continually spawn in. Throughout this entire encounter, be sure to take out the zombies attacking you first, as well as any mutations you see. The tentacles are very easy to read. When they are about to attack, they will open up towards one player, signifying who they are attacking. That player should move side to side to avoid a slam attack. As the tentacle retreats, it will open up again. Whenever you see the tentacle open, have everyone fire into it. For this early fight, try to save as many of your items as possible, but obviously, use them if it will save your life.

Every tentacle that is killed will slink down towards the ground but will randomly spew acid around it. Be sure to watch where you are walking while fighting the others. When all four are defeated, they will slink into the ground. Before you jump in the tunnels after them, grab ammo and any supplies you need from the nearby boxes.

As soon as one Cleaner jumps into the tunnels, the second phase begins. Now we see the face of the Abomination in a wall. Again, zombies will be continually spawning, so take them out when they get close. The big things to pay attention to here are, again, the tentacles. Just like before, they are pretty easy to read. All four tentacles will spew acid and then rush forward and stick into the wall behind you. The order that you see the tentacles spit acid in is the order they will burst forward in. Be sure to move out of the way, or this attack will do a lot of damage and knock you away.

As soon as all tentacles are in the wall, the Abomination will scream. Inside its mouth are two sores that everyone should be firing into at this point. The two target objectives are these sores. Continue killing Ridden and dodging tentacle attacks until both sores are destroyed. If anyone goes down, be sure to get them up and use your offensive weapons to get large hordes of Ridden off you.

The moment you destroy the second sore in the Abomination’s mouth, the third phase begins, and a five-minute timer starts counting down. If you do not finish it off within that timer, it will reach Fort Hope and destroy everything, and you will lose. Before jumping into the next room, grab ammo from the boxes you see around.

The Abomination will be slowly moving throughout this phase. Make sure to not get to close to its underside, or you will instantly die from it crushing you. Additionally, there are moments where it will spit out acid, but it is not too big of a deal. The Ridden running at you should be your first priority. Don’t worry about the time, especially if you are playing on Recruit difficulty. Ensure you are alive so you can help the team.

There are four sores around the Abomination’s body that signify its four quarters of health. As you shoot them, you will notice them glow a little before they pop. The four locations are on its right side, left side, top, and bottom.

When entering this new cavern, focus on the right side sore as it begins to run away. When that is done, continue along the path on the right side to have a good shot at the top sore. Eventually, the Abomination will hit a wall, and you need to go through a tunnel on the left side to catch up. We recommend using a Pipe Bomb to make the tunnel access easier to get through.

On the other side of the tunnel are some tendril bridges. Do not fall off, or you will take some heavy damage. Run along the left side, and you should see its left sore. Fire into it until it pops.

Finally, drop down near the tendril bridges, and you should get a clear shot at the bottom sore. Finish it off so the ending cutscene will begin to play, and you have completed the Back 4 Blood campaign.