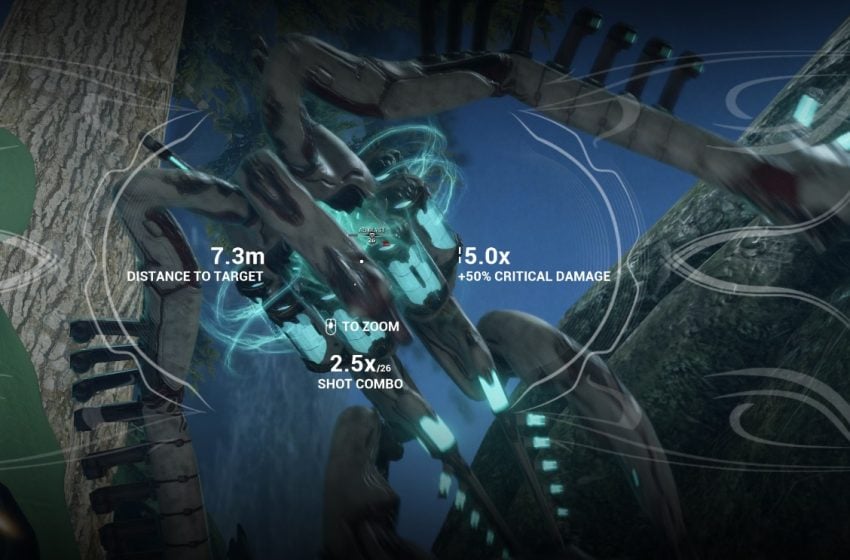 The Aerolyst is a Sentient enemy in Warframe that will spawn in during missions in Operation Scarlet Spear. Usually, an Aerolyst will spawn during the last damage phase of the Condrix fight, and you will need to take it out to move on to the next stage.

The Aerolyst is an interesting enemy, and at first, it appears to be completely immune to damage. This is not the case, and you can damage the creature.

If you look carefully, you will notice some bright blue canisters around the midsection of the Aerolyst. These generate a shield that stops all incoming damage to the Aerolyst but does not protect the canisters themselves.

The Aerolyst is a Sentient enemy and is made up of Robotic and Ferrite Armor materials. Corrosive, Puncture, Electrical, and Radiation damage will all be effective against this enemy.

Weapons would broad impact markers are great to take out the canisters, as they can smash them all in one go. The Catchmoon Kitgun or Plasma Arca are particularly well suited to the task.

Once the Aerolyst is dead, you will be able to finish up the Condrix fight, then move on to the next target.