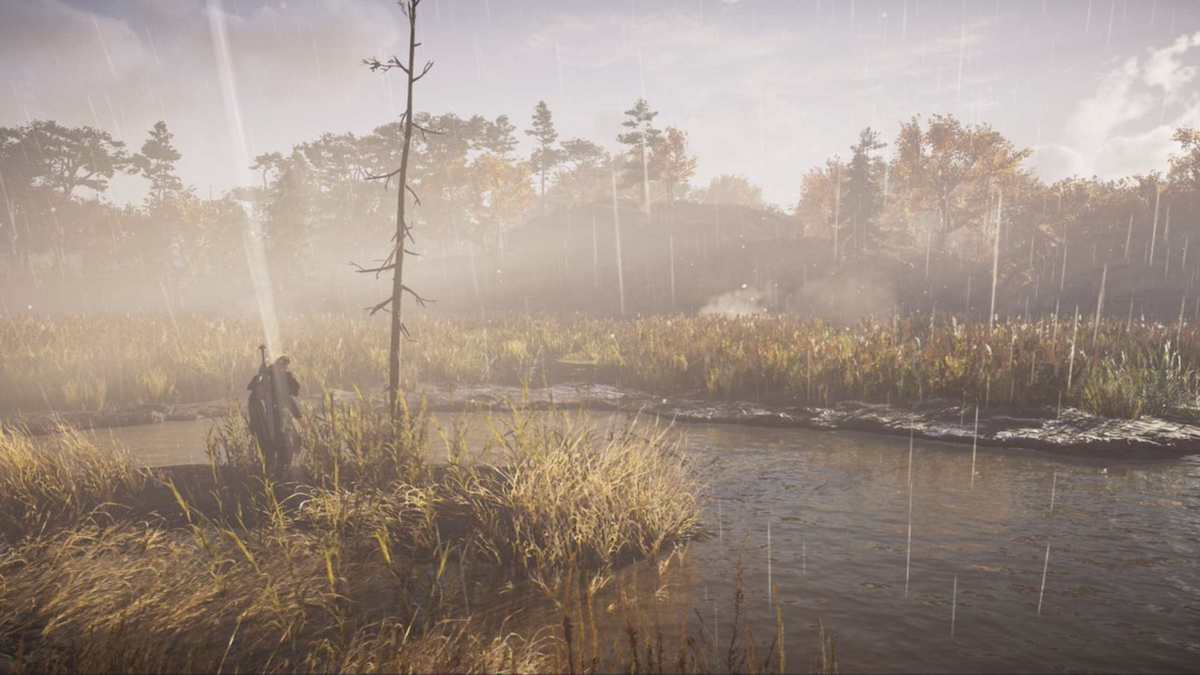 The Blood Swine is one of the many legendary animals you can hunt down in Assassin’s Creed Valhalla, and for any completionists out there, it is going to give you a run for your money. This large boar is aggressive and likes to try and catch you by surprise. But it isn’t invincible, and you can claim it as your next trophy in no time.

Where to find the Blood Swine

The Blood Swine can be found in Eurvicscire, in Bleasby Swamp. This location is just north of Snotingham. The Swine resides on a very small island, among tall grass. As you approach this area, you will most likely hear its growls before seeing it.

How to kill the Blood Swine

The Blood Swine’s power level is a staggering 310, so come prepared with plenty of rations and ready for a grueling battle. Luckily, the formula for success isn’t very complicated; it just takes awhile.

Right out of the gate, the Blood Swine will charge at you from the grass. The grass can make it hard to judge the real distance of the Swine, so be ready to dodge out of the way of this attack, as it is also unblockable.

This is really what its attacks amount to: charging you or swinging its head around to try and hit you. These are relatively easy to dodge, but it all depends on getting the timing down.

This is made even harder by the thick grass that surrounds you, as the Swine will often run off into the grass and then charge at you when you’ve lost track of it. When this happens, keep an eye above the grass. There will be clouds of dirt that shoot up wherever the Swine is, as well as its head peaking out as it rears before charging.

The last attack to watch out for is its kicking with its hind legs. If you get behind it, it will kick out to try and knock you down before turning around to do some more damage. The safest place to be is on its side, where you can really only stay for a short time before having to readjust.

In order to take this animal down, the first thing to do, as always, is to target its weak points, which can be found on both of its front legs and its left back leg. Use the Focus of Nornir ability to slow down time and give yourself a better chance of hitting these points. You can also perform a perfect dodge (dodging right as you are about to get hit) to also slow down time and get your shots off.

However you go about it, hitting all three points will wipe out its Stun Bar, opening it up to a Stun Attack that deals some good damage.

From here, it’s all about waiting for it to charge, dodging to the left or right, and attacking its side before jumping back to repeat. It’s not the fastest process, but it is the simplest, and arguably, the easiest. You just have to be patient and not get greedy with the number of hits you get in; trying for one more hit could be the difference between life and death.

Ranged attacks can also be effective if you get some distance between the two of you, but with the grass obscuring your vision and the Swine’s frequent charging, we don’t recommend relying on it.