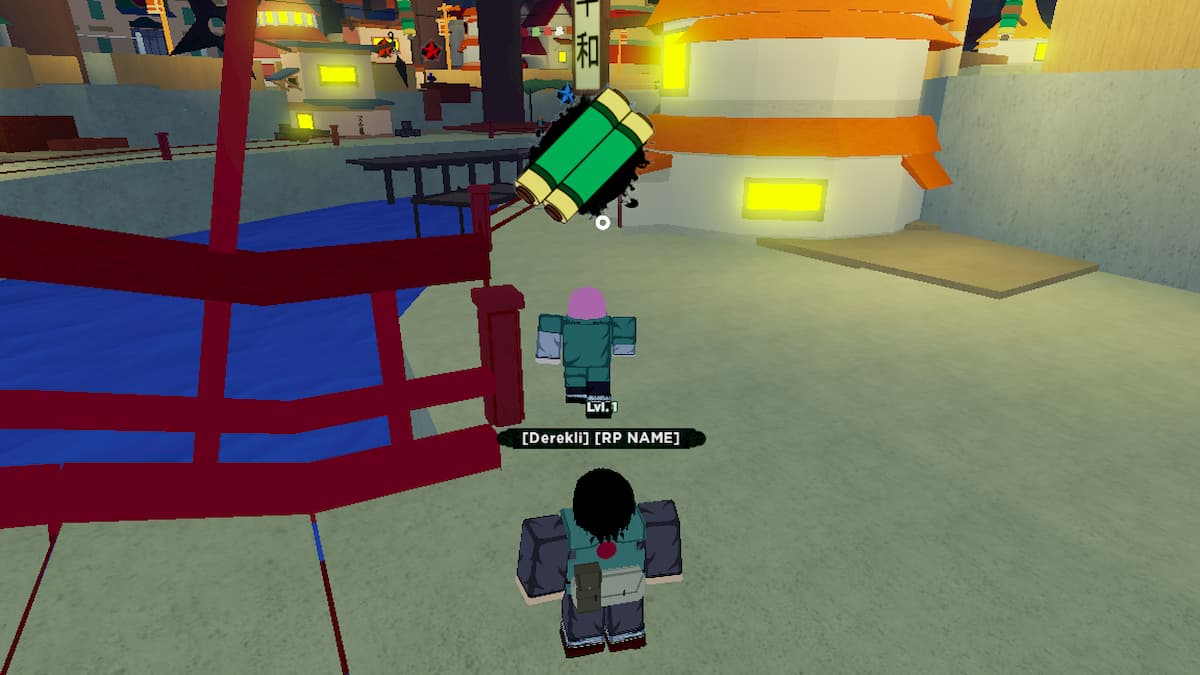 Starting Shinobi Life 2 can be overwhelming when you first start out. After creating your character and entering a village in Play mode, you’ll rarely see any other beginners. Most players will sport levels in the triple digits, and it may turn you off from playing any further. We advise you to continue playing using one of the following methods, all of which will deliver XP in only a matter of seconds.

In each village, there will be a set of wooden logs on the outside edges of the map. Attacking these logs can dramatically aid you in leveling and should practically be a requirement when beginning the game. Each log will reward you a max of 500 XP per attack and can be used at any point in the game.

Once you reach level 100, we recommend that you use long-range attacks so that you can hit two logs at a time. If you aren’t receiving 500 XP per hit, try using stronger attacks as they gift bonus XP against these stumps.

It’s crucial that you at least use the logs until level 20. If you find it repetitive after, hunt down the roaming NPCs in each village with a Green Scroll icon above them. This will then activate a mission located outside the towns, which typically pit you against two or three NPCs. These NPCs are always near the level your character is, but that doesn’t mean it’ll be easy.

These enemies are notoriously quick and can kill you with a few slashes of their swords. In this case, use points earned from logs to level up your health and Ninjutsu. You’ll find that your attacks will be more effective, taking you about two minutes to complete each Green Scroll mission.

The last option that you have is the kindest of all. Making friends in Shinobi Life 2 is fairly easy, mostly due to its popularity and packed servers. Once you’ve formed a squad, have your higher-leveled mates go to the outer parts of each village. Meanwhile, you will hunt down and accept Green Scroll missions. The enemy NPCs will then spawn near your friends, and they can take them down as you accept more missions.

This is the best method to farm XP, as NPCs will still be at your skill level rather than at your friends’. As each mission may take them only seconds to finish, you will gain five to 10 levels by doing nothing. No matter what your level, it will be just as effective and a perfect way to unlock the game’s best moves.

Defeating these NPC can also accomplish quests found by pressing the L key on PC or taping on the Quest tab in the bottom right on other platforms. These and other scroll missions are quite rewarding, but some do require you to be at higher levels.