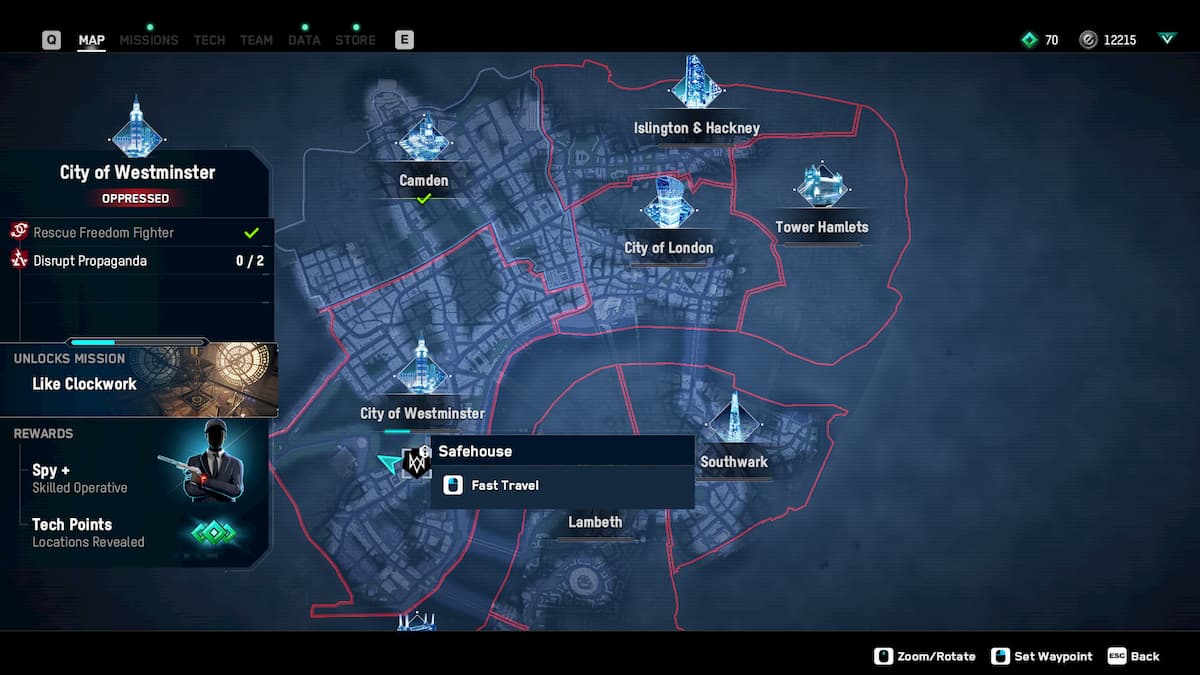 Like many other Ubisoft games out there, Watch Dogs: Legion features a wide range of open-world activities players can take part in. These range from collecting relics, recruiting people to join the DedSec, helping citizens and much more.

After you finish the Light a Spark mission in the main campaign, the game introduces the Defiance system. In Watch Dogs: Legion, the map is divided into a number of boroughs. Each borough has a defiance rating which you need to increase by completing the borough activities.

Filling the defiance rating completely will make the district Defiant. Once a district turns Defiant, you get a number of rewards. First of all, you get access to a Specialized Operative, which has special skills that can be useful in many scenarios. Secondly, all the Tech Point locations in the borough are revealed. Last but not the least, making a borough defiant will inspire the population to resist the Albion presence and make them easier to recruit.

Here are all the borough activities you need to complete to make each borough defiant.