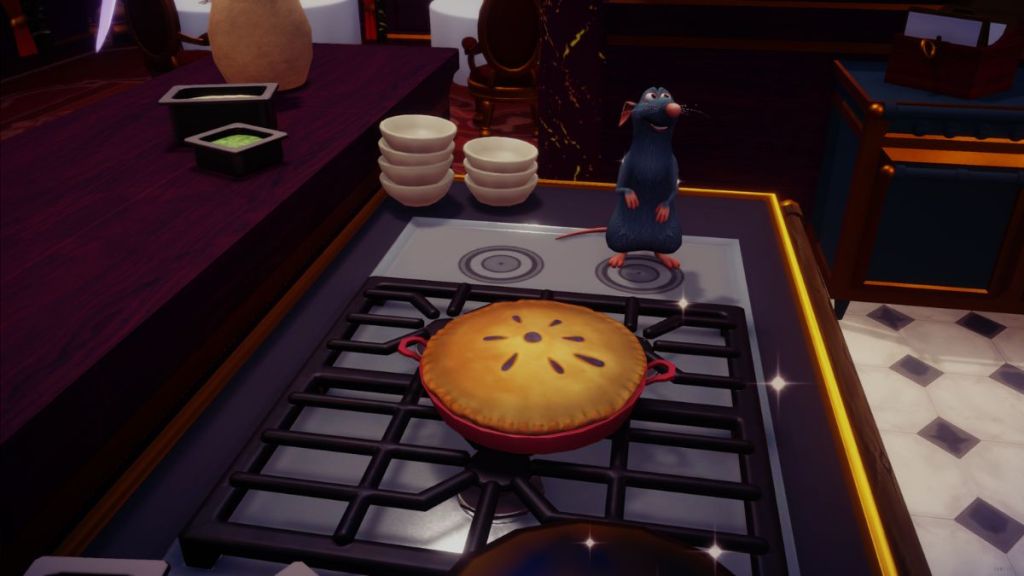 There is a very long list of recipes that you will eventually learn in Disney Dreamlight Valley. After all, cooking is a large part of the game, and the meals you make will feed not only yourself but the residents of the valley. Many of the recipes in the game are callbacks to classic Disney movie recipes. For instance, you can craft Snow White’s Gooseberry Pie straight out of the movie. This guide will show you how to make Snow White’s Gooseberry Pie in Disney Dreamlight Valley.

Every recipe in the Dreamlight Valley is rated from one to five stars. Lesser starred recipes like Crudites only require one ingredient while higher starred recipes require a lot more. Since Snow White’s Gooseberry Pie is a three-star recipe, it requires three different ingredients to make. Unfortunately, the ingredients required to make this delicious dessert aren’t readily available until later in the game.

Before you can make this meal, you first need to unlock both the Chez Remy restaurant and the Forgotten Lands biome. Both locations are required so that you can obtain the ingredients for the recipe. You can unlock Chez Remy by following Remy’s quest once he returns to the valley. The Forgotten Lands biome is the one on the other side of the Sunlit Plateau and costs 15,000 Dreamlight to unlock. Once both locations are available, you will need the following ingredients to make the pie:

Related: How to make Greek Pizza in Disney Dreamlight Valley

The easiest of the ingredients to obtain is Wheat. This ingredient or the seeds can be bought from Goofy’s Stall in the Peaceful Meadow. The Butter is only available for purchase in the Chez Remy Pantry and costs 190 Star Coins to obtain. Finally, the Gooseberries are found on bushes in the Forgotten Lands biome. After getting all the ingredients, throw them together at a cooking station and you will get Snow White’s Gooseberry Pie.