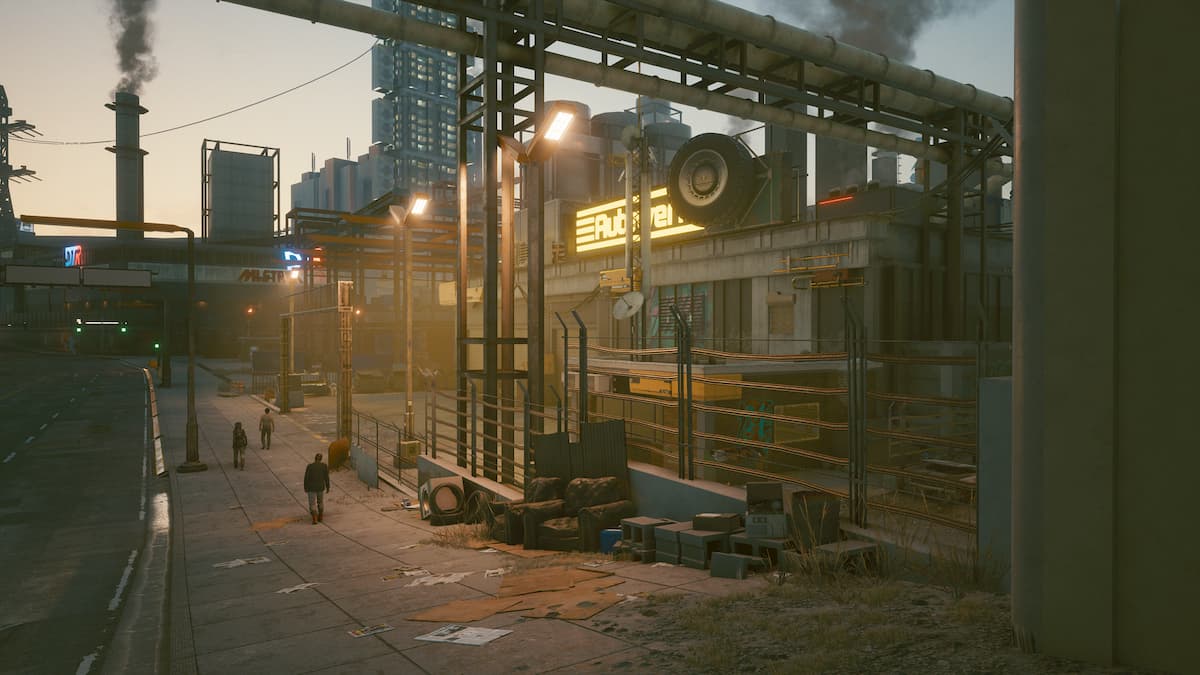 There’s a danger to working in almost any job that involves being in Night City. Every citizen could be out to get you, and you’d never knew you were in trouble, but if you’re working with one of the many gangs in Cyberpunk 2077, chances are the odds are stacked against you. Your fixer wants you to check on a friend who is working in a Mox Warehouse, and it doesn’t look good on the outside.

Where to find the Mox Warehouse

The warehouse you want to visit is on the southern portion of Northside. Approach the area, and the gig should start automatically if you choose to accept it.

Once you arrive, you’ll have to find a way inside of the warehouse to investigate. There are two methods. The first is going through the front door, but gaining access to the interior, you need to have at least five points in technical ability to open the door. If you don’t have this, you’ll need to go to the dumpster on the right side of the entrance and jump to the roof. There’s a closed window you can open to access the warehouse.

How to defeat the cyberpsycho

When you arrive inside, you’ll find a nearly dead Mox member. She’ll explain to you what’s going on and share with you that Hal is likely downstairs. But there’s a cyberpsycho, Anna, in the other room, running around like mad looking for them and anyone else they can encounter. You can choose to sneak around to find Hal. He’s hiding inside the blue container, but he wants you to deal with Anna first.

To make the fight easier, you can hack into Anna’s subnet by going to the dead body on the far right side of the room. You can distract Anna by using one of the many electronics in the room and then approach the body. It’ll be on the upper floor. It does require you to have at least five points in intelligence access to the network.

After you’ve hacked it, Anna should be easier to fight. She primarily uses her mantis blades to attack. We had trouble with her consistently running up to us, so we were able to cheese her by getting her to rush into some of the tool chests in the garage, where she’s fighting you, and then shoot her several times.

How to find Hal Cantos

Once you’ve taken her down, approach the blue container in the garage and let Hal know it’s safe for him to come out. You won’t have to take him anywhere, so after you’ve finished the dialogue with Hal, you’re free to go, and Regina will give you a call shortly afterward.