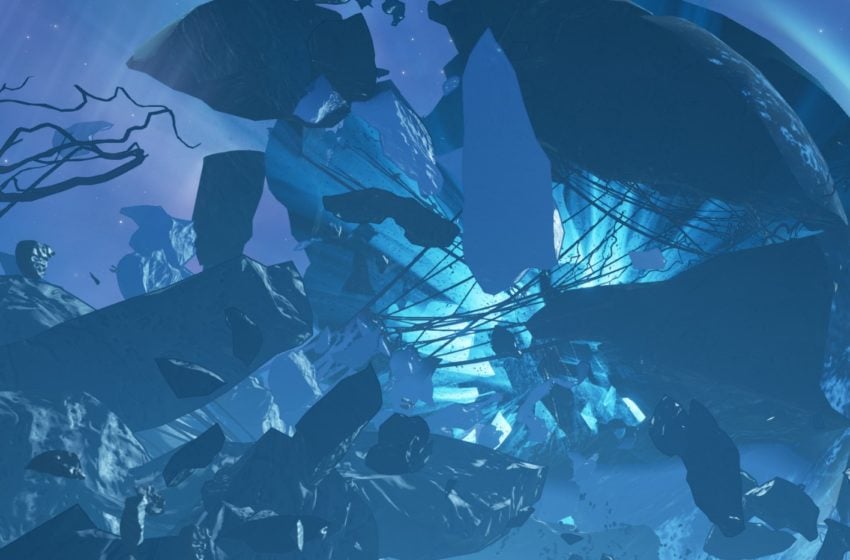 Takedown at the Guardian Breach has been added to the game, sending your Vault Hunter to yet another hellscape to fight all kinds of monsters and horrors. The very first thing you will run into in the Takedown at the Guardian Breach is a massive door with a crystal on either side of it. It can be a little confusing about what to do here, but this section is pretty much a wave mode.

Hoards of enemies will spawn behind you, and all you need to do is kill them all until they stop coming. These big bugs will have lots of red health and armor, so Corrosive weapons should make short work of them. Make sure you are moving around a bit to ensure you are killing everything that spawns, as the next section will not begin until every enemy that spawns during these waves is dead.

When it is over, the shield around the crystals will power down, and Tannis will tell you to look for a switch. Jump onto the top of the large plinth of rock in the center of the area. There is a hidden button up there that you can hit. Both crystals will try to power up, but won’t be able to do so.

Jump down off the plinth and stand on one of the glowing squares that hold the crystals. It will begin to charge up, and you will need to remain there until it is finished. If you are with a squad, simply stand on both, and if you are solo don’t worry, because the platform will hold a charge while you charge up the second one.

Once both platforms are charged up, the gate will open and you will be able to venture further into the Takedown at the Guardian Breach.