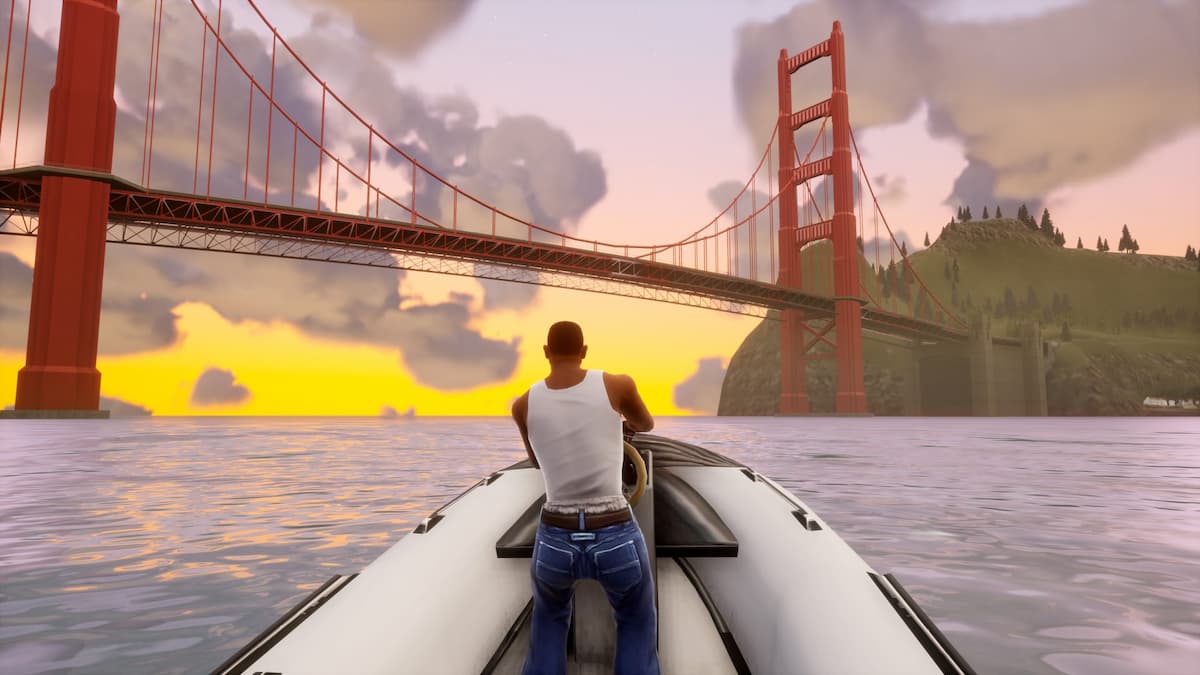 Basketball is one of several minigames including pool, arcade games, and dancing that players are able to distract themselves with in GTA San Andreas Definitive Edition. It is accessible after completing the Tagging up Turf story mission in which you’re introduced to the graffiti mechanic. After hitting up a few spots, you’ll take Sweet back to his home on Grove Street to end the mission.

From this point on, you’re able to play basketball in the basketball court beside his house. Walk up to the ball and pick it up using the button prompt that shows up on screen. With the ball in your possession, there are two actions CJ can partake in: tricks and shots.

Tricks don’t serve a significant purpose. CJ isn’t going to be more confident after balancing the ball on his index finger, for example. They’re there just to add some extra flair. Shooting requires holding and and releasing the right trigger on an Xbox controller or the equivalent R2 or ZR triggers on PlayStation or Switch. The shot’s accuracy depends on the release’s timing. The closer you manage to release the trigger to the height of CJ’s jump, the more reliably you’ll make long-distance shots.

The trick to honing in on this timing is focusing exclusively on CJ’s legs and feet. Attempt as many shots as possible to get a feel for the rhythm of CJ’s jump. It will take time, but you’ll eventually get comfortable with timing the release with the jump. We found it helped if we released slightly sooner than our gut told us to. Because he hangs in the air after a jump ever so slightly just before gravity takes over, that minor window may be what causes hang-ups for some players.

While this is the most immediately accessible basketball court, there are other places to play basketball such as Madd Dogg’s indoor gym.