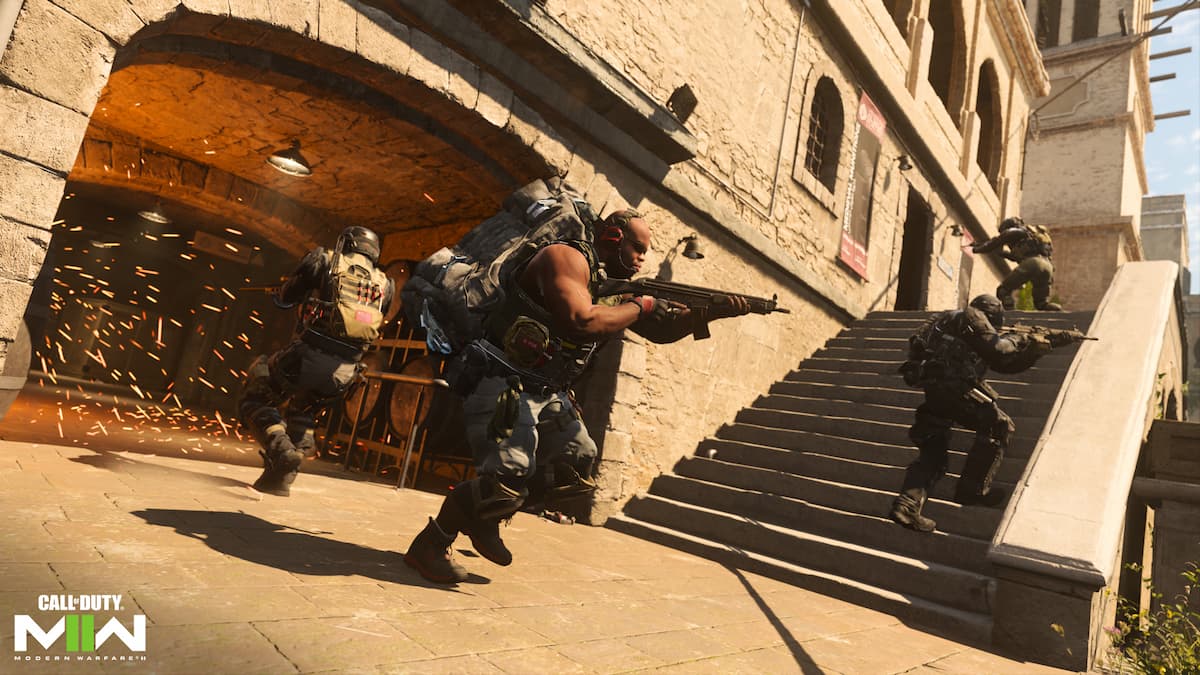 There may not be anything quite as chaotic in Call of Duty: Modern Warfare 2 than Knock Out. It is a newly-introduced game mode introduced by this year’s multiplayer and consists of players savagely fighting over a lofty bag of cash. Although it does not have as many rules as other modes, each team can expect there to be numerous ways to win. Here’s how to play Knock Out in Call of Duty: Modern Warfare 2.

How does Knock Out work in MW2?

Knock Out is yet another mode with a round-based format that disables respawning upon elimination, though all fallen teammates can be revived just once. Players will find themselves split into two teams of six, both of which are only asked to grab and hold a bag of cash at the center of the map. The team able to keep it in their hands for 75 seconds will win the round, but eliminating all opponents can also do the very same. The team able to collect five round wins will then be the match’s victor.

Unlike Search to Destroy’s bomb, the bag will always be highlighted on the map, even when it is being held by a player. This essentially makes it the fastest paced mode in MW2, as it is likely all players will end up rushing toward the cash for a bombastic shootout. Though, it may be best to do the complete opposite. That is because snipers and other long-range gunners can easily position themselves to watch over the cash from a distance, ultimately enabling them to pick off any opponents near the item.

If you’re searching for a fresh, new mode that requires a bit more strategy, it certainly worth giving Prisoner Rescue a try. It is also round-based, but you will be challenged with either saving or guarding two hostages. The multiplayer even has a vast collection of other modes, as classics like Domination, Headquarters, and many more have returned in the sequel.