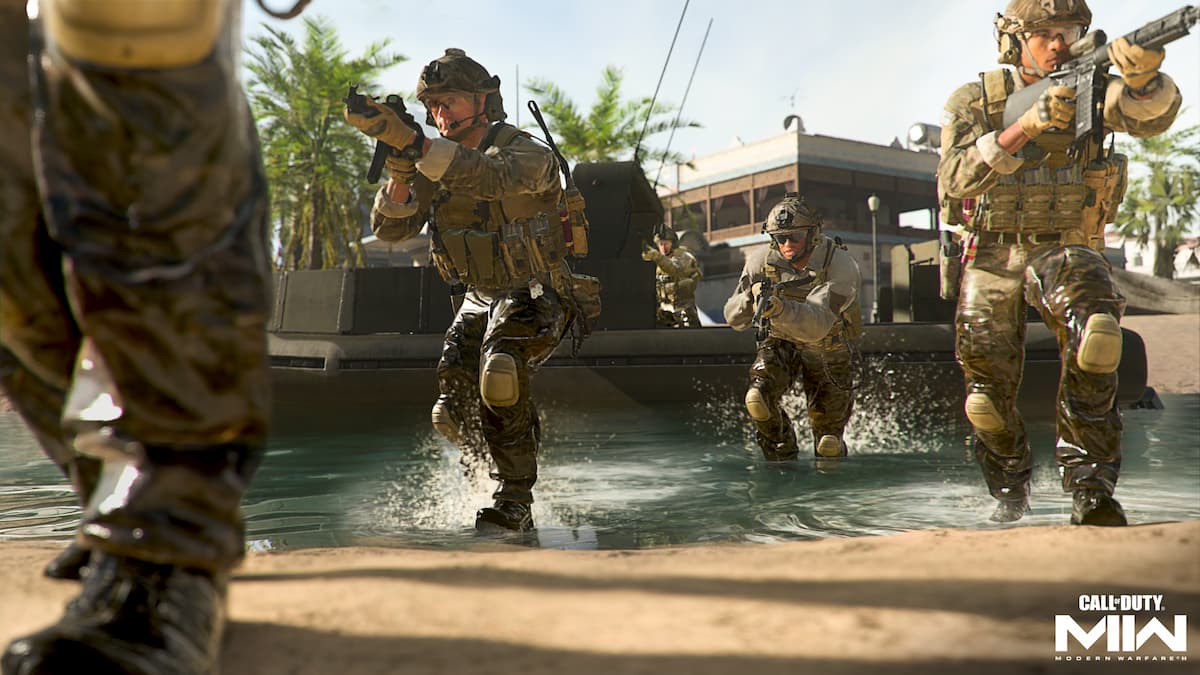 Call of Duty: Modern Warfare 2 gifts its players a massive set of new weapons, over a dozen killstreaks, and a lofty supply of diverse Perks. Of course, a majority of these items can only be obtained by playing matches and boosting your overall Rank, though there are ways to speed up this strenuous grind. This guide will run through the best possible methods for leveling up fast in MW2.

Best ways to get XP in MW2

At the time of writing, the multiplayer only holds Daily Challenges which appear on screen once you have picked a game mode. These can revolve around obtaining eliminations, assists, or particular objectives in modes. Each Daily Challenge can nab you 2,500 XP upon completion, but finishing all three will net a fourth challenge that offers an even bigger XP reward. Like past titles, MW2 is also expected to hold additional challenges in the Barracks once the menu arrives alongside Season One.

Whether you’re playing Headquarters or new modes like Knockout, the game will grant you extra XP when helping your team win. For instance, those in Search and Destroy can earn XP simply by defusing bombs, while players in Domination can do so by capturing one of its three lettered objective points. This makes it entirely possible to obtain all Rank rewards without even having a decent loadout of weapons.

However, if you are confident of your arsenal’s quality, additional XP can be lent for achieving major elimination feats, such as double kills, triple kills, and avenging fallen teammates. Although these are not easy to pull off, players will have a higher chance of completing these on small, close-quarters maps, like Santa Seña Border Crossing and Farm 18. These feats are also tied to Base Camo challenges which can be completed to unlock Gold Mastery Camos.

For more than a decade, default classes have been deemed insignificant compared to players’ Custom Loadouts, but this shouldn’t be the case with Modern Warfare 2. Its default options offer beginners one of four weapons that carry multiple attachments. As shown above, these classes even bear Perks and equipment items that you cannot put into Custom Loadouts until you reach later Ranks. So, as getting eliminations with a Level 1 weapon can be a pain, using Default Classes should help increase your performance and result in large amounts of XP at a match’s end.

Once the Season One Battle Pass debuts, you can anticipate it to hold double XP tokens, an item you can activate at any time to potentially earn thousands of XP per game. That said, there are ways to get the tokens before the Battle Pass releases. The game is currently being promoted by a variety of food brands, such as Mountain Dew and Little Caesars, which reward anyone who buys their products with additional XP tokens or cosmetics.

Related: How to check your K/D ratio in Call of Duty: Modern Warfare 2

Once you are deep into the ranks, your loadouts should have access to a large sum of the multiplayer’s 55 weapons, and you will be able to customize them with the Gunsmith feature. Better yet, players who max out their guns’ levels can adjust the abilities of its attachments with the new Weapon Tuning menu.