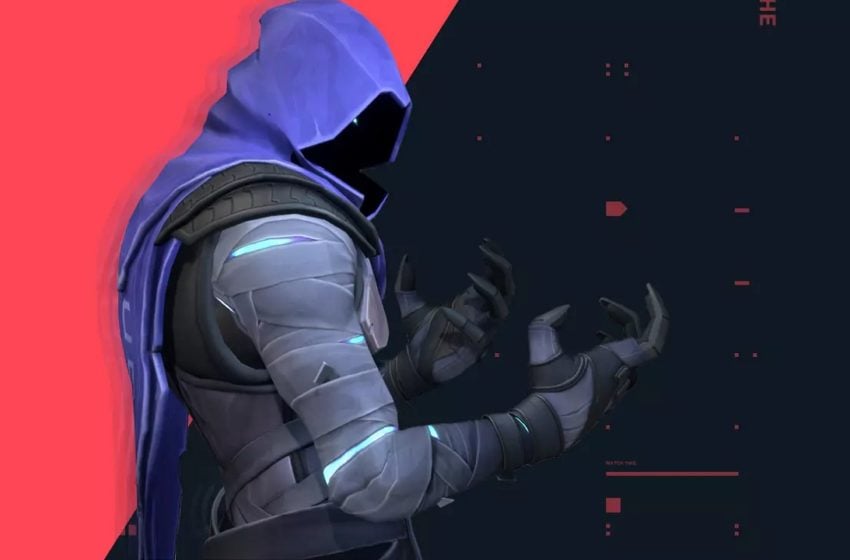 The agent cast of Valorant is a colorful bunch, with many offering a unique set of utility options that bring a mixture of personal and team-based skills to the table. When it comes to the moody member of the roster, Omen, there’s a mixture of everything with one main ethos: high risk, high reward.

Omen in Valorant is a Controller class agent whose skill set offers some assistance to his team but can also use those skills to make more daring plays that fit the higher risk for bigger reward gameplay. He can be played aggressively, but requires you to use smart game sense and patience to outwit enemies rather than the more typical blind and rush aggression seen by the likes of Phoenix and Breach. He is locked when first starting and will need to be unlocked through progression or by purchasing his contract on the agent page.

“Equip a shrouded step ability and see its range indicator. Fire to begin a brief channel, then teleport to the marked location.”

Shrouded Step is a short-range teleport that can be used to get across gaps or to higher areas within a few seconds, similar to Reaper’s Shadow Step ability from Overwatch. Unlike Reaper’s version, you and teammates will hear Omen make the teleport, but the enemies won’t.

“Equip a blinding orb. Fire to throw it forward, briefly reducing the vision range and deafening all players it touches. This projectile can pass straight through walls.”

Paranoia equips a projectile that can then be thrown forward through walls and other players, flying at a medium distance and spreading a couple of meters wide from the firing zone. Enemies hit by it will see nothing but a blank grey vision and hear only their own heartbeat for a short time.

Dark Cover throws an orb out to a selected position in front of you that provides a large area of cover for 15 seconds. You can do this either in the normal view or in a phased world that will offer a bigger, 3D version of the map to the minimap. Unlike Viper’s poison cloud, while inside the orb cloud, you can see what else is inside it. It recharges every 35 seconds.

From The Shadows – Ultimate – 7 Points Required

Omen’s ultimate brings up the map, where you can then choose a position for Omen to teleport to. Unlike with Shrouded Step, there is no limit to the range, but your enemies will know when you’ve activated it, and if they are close to your chosen location, they will hear you teleporting to it.

When it comes to Omen’s tool kit, it is arguable that the team support and utility that his abilities offer are the most situational of any agent on the game’s roster.

Unfortunately, his paranoia ability is one of the weakest in the game as a tool for aggression. When it hits, it can be very effective for pushing an area, and the hit detection for it has seen improvements, but it now has a cast time to equip it, and you still need to aim it to where enemies are for it to be effective.

This is in contrast to Phoenix and Breach, who can both provide a flash to the enemy as long as they are in the flash impact line. The blocking of sound on Paranoia is a poor trade-off for this additional requirement.

His ultimate is also very predictable when used aggressively. Typically, if enemy players are covering all spike sites, because it makes a noise, a decent player will have at least an idea of where Omen will have teleported to as the process of elimination will give them enough information. This means that when it can be the most effective, such as when you are positioning to charge a site from multiple angles, his approach can be telegraphed too easily. Additionally, if you are spotted and still forming, being shot at whilst phasing in will cancel it, causing you to waste your ultimate, or they will be ready and waiting to shoot you after the teleport is complete, usually while you watch it happen.

Finally, while there is also more flexibility in his Dark Cover orbs compared to other smokescreens, such as fellow controllers Viper and Brimstone, due to its ability to recharge and it can be placed anywhere on the map, they are more difficult to utilize in pushes as players can see in the middle of them. Counter-pushing from the opponents can easily catch out attacking pushers going through these orbs.

Omen’s strength comes from the player’s ability to be daring and unpredictable. While his toolkit doesn’t lend itself very well to team play, it can produce some excellent results when making more risky solo plays against unsuspecting players. The best use of this is with Omen’s Shrouded Step.

One such tactic would be revealing your location to an enemy before moving out of sight and then using Shrouded Step as a means of a surprise flank that can catch out players expecting you to have retreated. As an example, on the map Split as a defender, a common tactic from attackers is to move quickly onto the A bombsight though A Main.

Keeping close to the choke point to reveal any enemies will give you information on where they are, meaning you can call for back-up.

Peaking this corner does leave you open, but if you are there first, you can catch enemies in the act. In this situation, Brimstone and Omen as Controllers can both lay down smoke to try and delay a rush. However, while Brimstone’s kit lends itself to delaying and controlling, Omen is capable of playing this more aggressively in case the enemy decides to push through anyway. This is quite common, too, as rushing the site when defenders are retreating puts the aggressors on the front foot.

As a Brimstone, staying in this path leaves your position to be too predictable, and picking you off shouldn’t be difficult as the enemy will know your exact location.

However, as an Omen, you can move until you are out of sight, such as hugging the wall to the left and then Shrouded Step across the gap to the opposite side without calling attention to your move. As your previous position was compromised, enemies are more likely to look towards the site first as that is where your last position was, and as they do, you will have the freedom of their heads to shoot at, unaware that you have teleported behind them.

You can do something similar with the likes of Brimstone or Viper, but to a rushing enemy, you would need to position yourself very quickly, and as your footsteps can be easily heard, the element of surprise is gone and it’s much harder to pull off good results.

This is just one simple example of how effective the Shrouded Step can be when used intelligently. As it is quiet to the enemy and can be used to reach higher areas, it can be a great tool for quickly reaching unexpected vantage points, such as on top of a Sage Wall, or to gain a height advantage. Its range is fairly limited, but it can produce great results in the right hands, as is the high-risk high reward nature of it. It also works going into a Dark Cover orb, meaning you can jump on other players, or move across a crowded area more safely.

The Dark Cover ability is also still very useful as a zoning cover option due to the ability to fire it anywhere on the map, and its recharge which, if used liberally, can allow for five uses in one round. The ability is also now much easier to use with the phased world option and the button configuration change, where the left and right mouse buttons control distance, and the ability button fires it.

Finally, Omen’s Ultimate, while loud, can be situationally very useful. For example, if the game is down to two vs. two, and are carrying the spike whilst knowing where the remaining two enemy agents are, using your ultimate can take you straight to the opposite spike site to plant quickly, meaning the enemies will have less time to rotate and will be required to be more forceful to try for a result. It’s one of the weaker ultimates in the game, but using it smartly can give you a big advantage, especially when used where fewer enemy agents are remaining.

Omen, as an agent, has one of the higher skill ceilings in the game to fully utilize. His abilities can play well into aggressive playstyles, and if you can consistently use the element of surprise, you can find some excellent frags. It’ll be harder against higher skilled players, but his kit can be situationally beneficial.

He’s not a great team player, but he can still offer information if used properly. The fact that Dark Cover ability can recharge throughout rounds without cost can be invaluable, even if his smoke is not as good for control as Brimstone and Viper. He’s also very fun to play, so if you can use smart and unpredictable tactics, you can extract the most out of his kit and make Omen a formidable force.