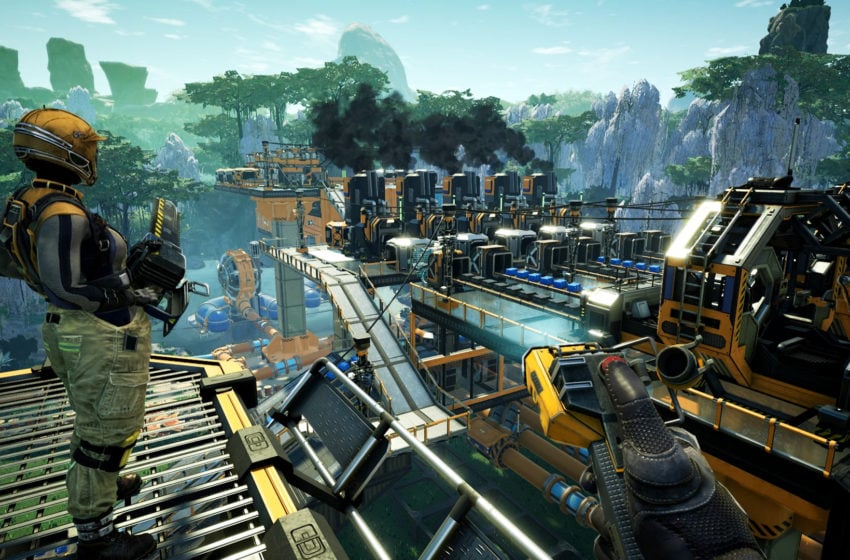 Satisfactory, the factory simulator that challenges you to build complex arrays of machinery has released today on Steam, and the good news is that it supports cross-platform play between Steam and the Epic Games Store. This means new players on Steam can enjoy the game with friends who have already been playing on the EGS.

The easiest way to play with your friends is to use a hosted session that they can join using the Session ID. Multiplayer in Satisfactory is peer to peer, hosted by one of the players in the group. If there are more than two players in the group, pick the player who is the closest distance to everyone else.

They can host your own game by changing the settings when you load into your saved game. Open the menu and click on Manage Session. Change the session type to friends only to allow your friends to join. If the game is set to Private, people can only join if you send them an invite. Hit the “Copy to Clipboard” button to copy the session ID, and you can then send it to whomever you wish to play with.

The game currently does not have any plans for public sessions, to avoid any possible griefing issues. It should also be noted that multiplayer is not exactly stable at the moment, as the game is still in early access, and bugs and performance issues are reasonably common. Add the fact that cross-platform play might be a little iffy, once again because the game is in beta, and you might run into some issues.

If that happens, it will need to be accepted as a risk of playing early access titles, although we are sure the developers would appreciate any bug reports that you can send their way.