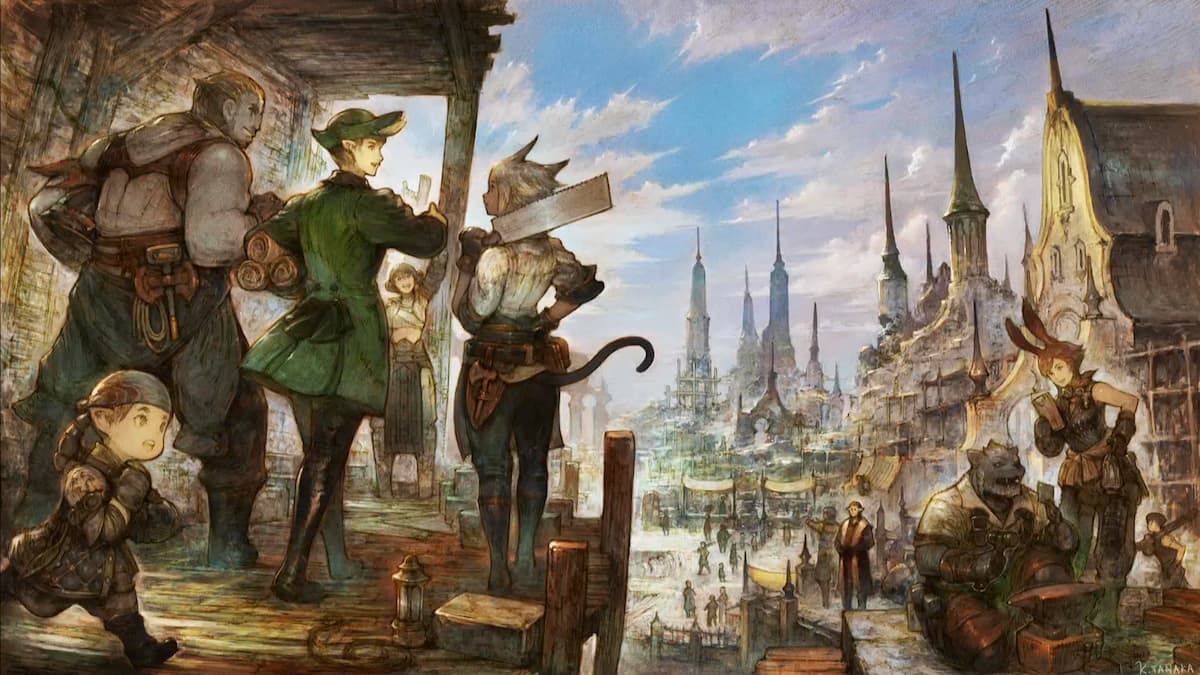 Crafters and gatherers in Final Fantasy XIV have access to a live, server-wide event called the Ishgardian Restoration. After unlocking the Restoration in Ishgard, you can then compete during the ranking periods for a spot on your server’s leaderboard. Participating in the Restoration by earning experience points and Skybuilders’ scrips also contributes to your ranking on the leaderboards. Players who score at least within the top 100 on their server will receive a special reward. Those who land from 1st to 12th place will also earn a special title.

Players who participate in the Ishgardian Restoration during the ranking period will earn skyward points. Gathering items in Diadem and having them appraised, or crafting Restoration-related collectibles and turning them in, contribute toward a player’s ranking points. You can do this on any crafter or gatherer job you want, but your skyward points are separated between jobs. So your gathering points on Miner will be separate from Botanist and Fisher, while crafting points earned on Goldsmith will be separate from all other crafter jobs. You might find it more efficient to stay on one job to maximize your skyward points, or you can spread things out if you’re feeling ambitious.

Throughout the ranking period, the game automatically tallies points, and updates them to the Lodestone each day at 1 AM PT. Keep an eye out on the official rankings page, and sort by your data center and server.

Once the ranking period ends, the devs will send prizes to top players via the Moogle delivery service. Those who score from 1st to 12th place will earn a unique prize, titles “Saint of the Firmament” and “Beatus of the Firmament.” Everyone else from 13th to 100th place will also receive a reward, just not the titles. Each server will also have a celebratory monument set up in the Firmament. Whichever crafting job earned the highest score overall, contributing the most to the Restoration during that period, will have the monument modeled after their primary tool. These monuments may vary from server to server, depending on how many points their crafters scored as a whole.

The final ranking period for the foreseeable future will begin with the release of patch 5.41, lasting until Thursday, January 21, 2021, at 10 PM PT. After this ranking period is over, players will no longer be able to earn skyward points. But everyone will still have access to the Ishgardian Restoration for earning Skybuilders’ scrips and experience points as normal.