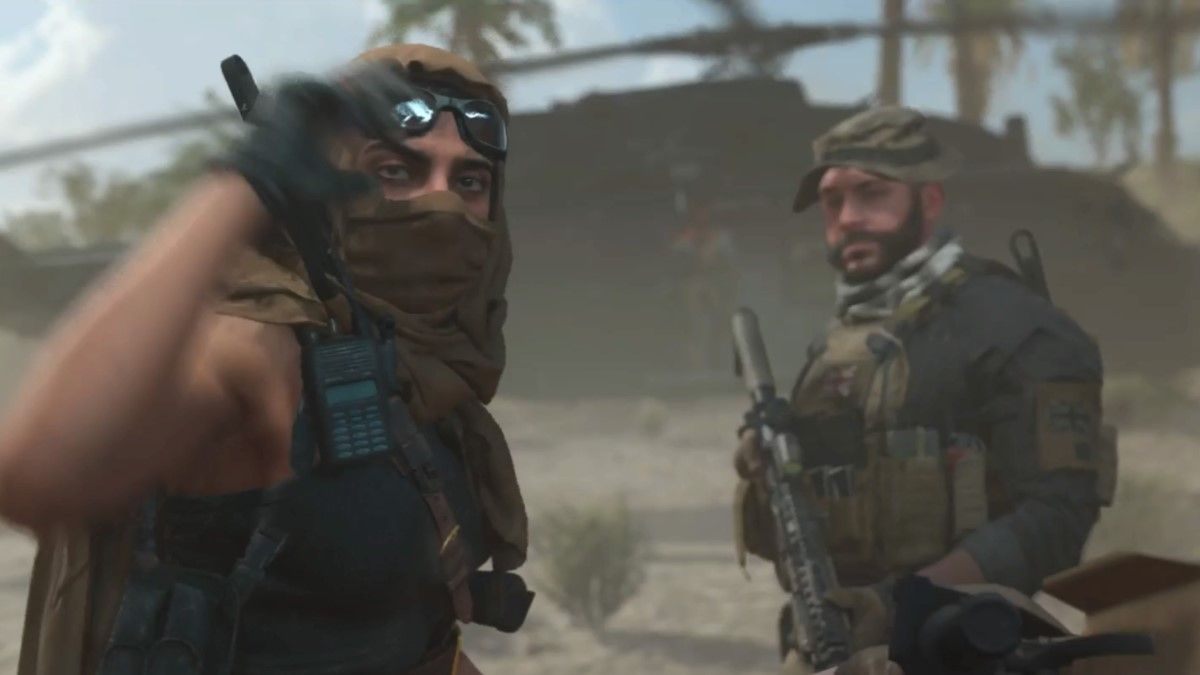 Violence and Timing is the tenth mission in the Call of Duty: Modern Warfare 2 campaign. You, playing as Sergeant Kyle “Gaz” Garrick, must provide covering fire from the air to Farah Karim and Captain John Price as they chase an Al-Qatala convoy along the highways of Urzikstan, in a bold attempt to rescue Kate Laswell. It doesn’t take long though before your helicopter is hit and you fall out, hanging upside down by a rope. Eventually, you hijack a vehicle, and the campaign’s first driving section begins. You have to reach the front of the convoy, but Al-Qatala aren’t about to make that easy for you.

Related: How to never trigger the alarm in Recon by Fire in Call of Duty: Modern Warfare 2 (Nobody was There achievement/trophy)

How to reach the front  of the convoy

The first thing you have to do is drive fast. Always overtake on the right to avoid the risk of hitting oncoming traffic. Al-Qatala trucks will veer into you when you overtake them, but just keep your foot down and give them a wide berth.

Whenever you approach a truck with enemies on it, click down on the right stick to lean out. Your vehicle will auto-drive while you’re doing this, but will gradually slow down. If the enemy vehicle has red fuel tanks on it, then target them. Otherwise, try and get as many headshots as possible. If you’re getting his, just click the stick again to lean back in until you’re recovered.

At one point, you’ll come up behind a heavily armored truck with one heavily armored passenger in the back. If you try and take him on in a direct fire fight, he’ll almost certainly win. But there’s a trick to this part. Ram his truck hard from behind and he’ll fall down, so that you can lean out and be ready to shoot him at close range as soon as he pops up again.

Eventually, the damage to your vehicle is likely to reach a critical level. If and when this happens, kill any passengers on the nearest Al-Qatala vehicle, then pull up alongside it and press X/A to climb to the roof of your own vehicle. Then make a running jump to the AQ vehicle, approach the driver, and press Square/X to hijack it.

When you reach the roadblock, veer left to avoid the vehicles (and hit as many AQ soliders as possible), but don’t go so far left that you drive off the cliff.

The section after the roadblock is particularly difficult, as a truck near the head of the convoy has been dropping mines all over the road. Use the right stick to tilt your view forward so you can see the road more clearly, slow down a bit, and avoid the mines. Most of them are on the road, so it’s a good idea to drive along on the verge on the right. This part gets really hard when you have to lean out and shoot enemies, in particular the one dropping the mines. Make sure there are no mines ahead, then lean out and shoot, but don’t take long. You’ll need to keep leaning back in and make sure there are still no mines dead ahead. Once the mine layer is dead, keep driving ahead and eventually your objective will switch to boarding Captain Price’s cargo truck.