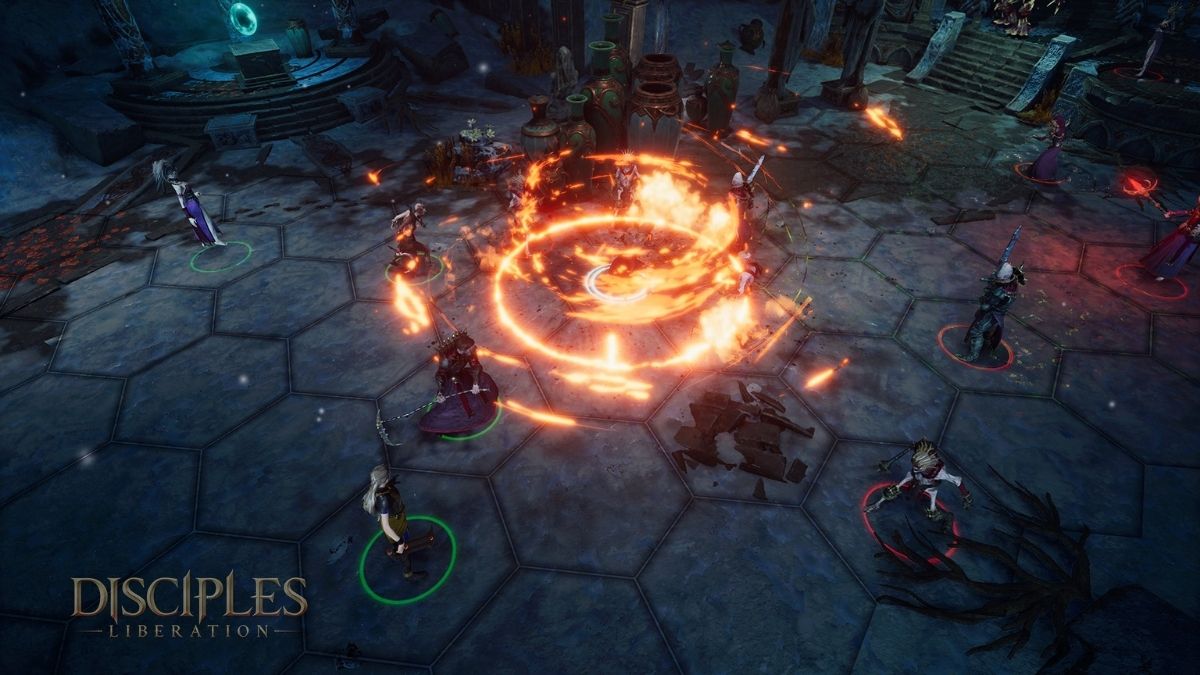 Depending on where you first travel when you gain access to various destinations, you might not come across Lilryna until later in the game. Lilryna resides in Heurik (A.K.A., the land filled with demons). This unit is also a Succubus, a powerful unit type that is capable of healing allies.

You may have mixed feelings about adding a demon to your roster, but it is well worth it. Succubi are pretty powerful allies. Here are Lilryna’s abilities:

Lilryna can be found by traveling south from where you first enter Heurik. You will pass by a Health Fountain. Continue south from there, and you will see Lilryna in front of a building with two statues embedded in a cliff.

Talk to Lilryna to discover she has a party going on inside. You are presented with the option to join in, fight, or leave. Orion doesn’t think joining is a good idea, but as Avyanna would say, “when in Heurik, do as the demons do.” Take part in the party, and afterward, you will be able to recruit Lilryna. If you still have mixed feelings about having a demon in your party, you can always fight her, but that will end in her death.