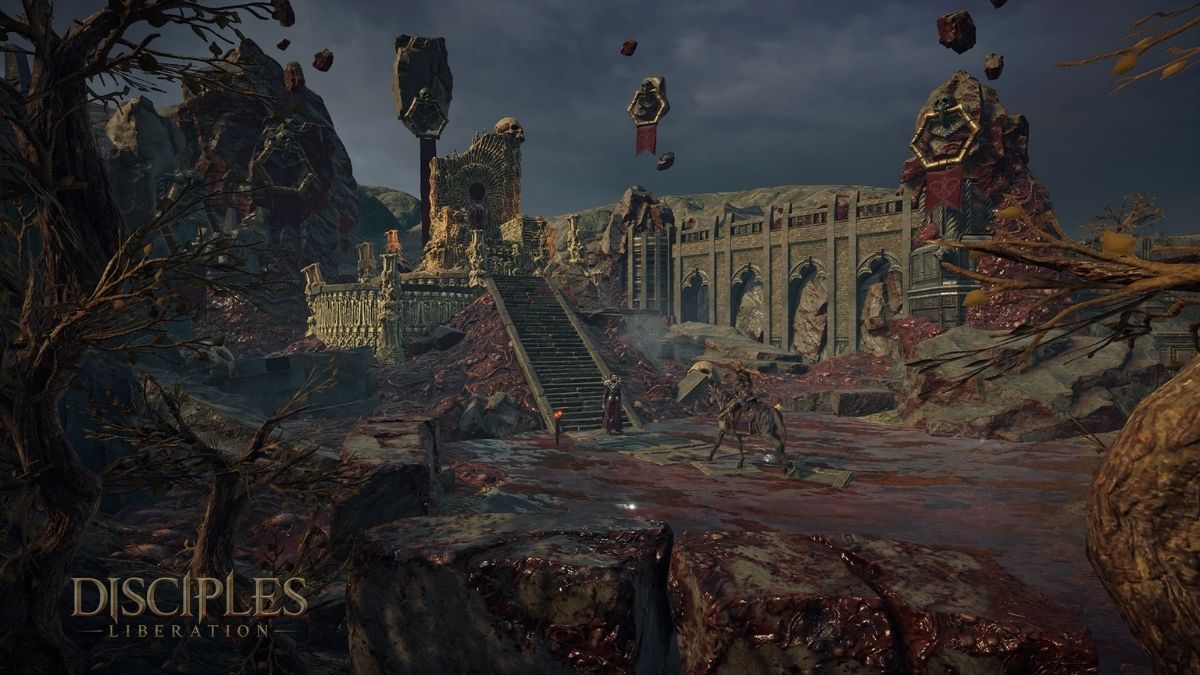 After arriving in Yllian for the first time, you might have taken a look around at all the units you could create. Among the starting units in the game, there is one called Possessed. These demons are part of the Legion of the Damned. There is a way to get one of these units for free in the form of Noemie. First, you will need to travel to Heurik to recruit her.

Noemie is similar to normal Possessed units but with higher stats. She also possesses three abilities.

Before you can recruit Noemie, you will need to find a demon in the southern part of Heurik. Travel south from where you spawn and cross the bridge that runs over the river of lava. On the other side, you will find a demon next to some burning trees. After defeating the demons, you will receive a strange mana potion.

Take the strange mana to Yohalmar. He can be found by going back to the entrance of Heurik and following the path up the hill to the right. He is standing next to an Iron Mine. Yohalmar will talk about a special kind of mana that he is looking for. He really wants to see what kind of effect it has on you. Hang onto the potion for now.

Go inside The Pits and find Noemie. The Pits can be found by going back to the start of the area and following the path to the south. Follow it around the pool of lava. You will go up a hill and find a cathedral-like building. The Pits are nearby.

Once inside The Pits, take the first left, and you will see Noemie with some other demons. Talk to them and continue through the dialogue. You will get the choice to add her to your group or give her the mana and see what it does to her. Ask her to join you, and she will.