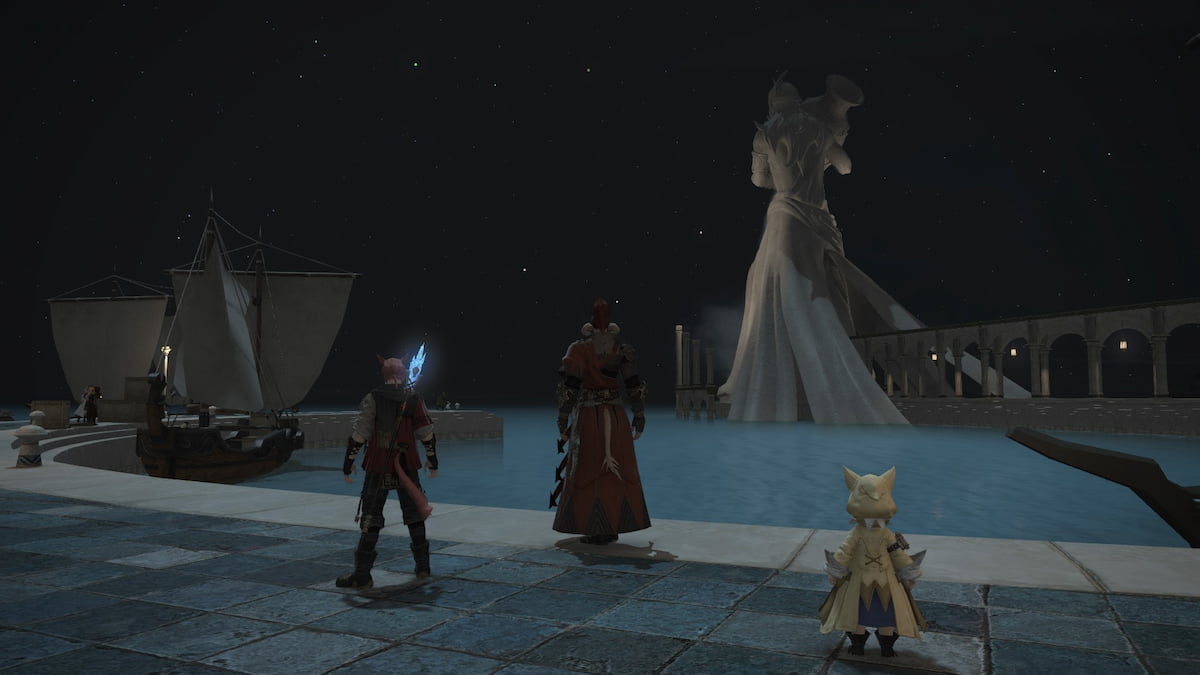 A feature added to Final Fantasy XIV’s Endwalker expansion is the addition of companions. These companions are made up of the Scions, and you’ll be able to bring them around with you as you explore the new Endwalker locations. You’ll also need to have specific ones in your party to complete the Main Scenario quests and progress through the game. Sometimes, you might lose track of them or have them disappear on you. In this guide, we’re going to share how to reform your party with companions in Final Fantasy XIV.

You’ll want to read the exact description on your quest to figure out what companions you need to take with you throughout the game. For example, in the Old Sharlayana, New to You Endwalker Main Scenario, you need to walk around Old Sharlayan with Krile and G’raha Tia. You’ll receive a notification if you do not have these characters in your party, and you’ll be told you need to go find them.

Thankfully, the Main Scenario quest icon indicates their exact location. For Krile, you can find her at the docks. G’raha Tia is right next to her, and you’ll see a blue icon above his head, indicating that you can add him to your party.

By speaking to G’raha Tia once, he’ll gladly accept to join your party, and you continue your adventure. You’ll be able to do this for any party you need to reform in Final Fantasy XIV’s Endwalker Main Scenario, and the other quests throughout update 6.0.