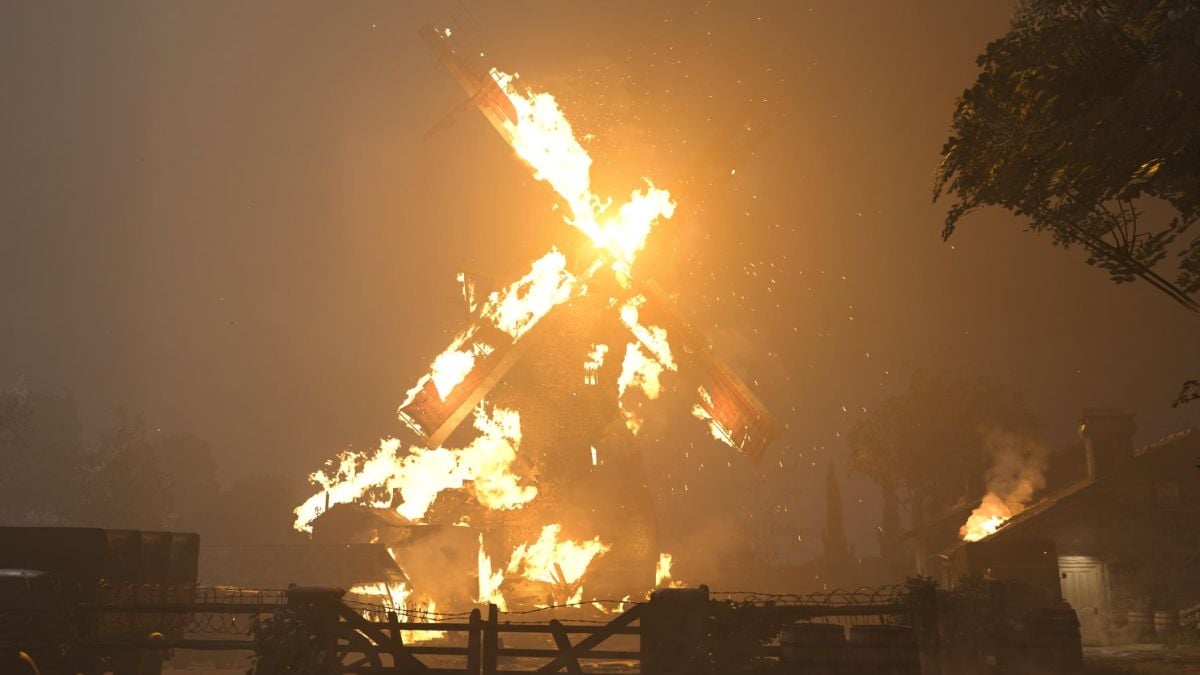 Stealth isn’t the first thing when you think of Call of Duty: Vanguard, but to regroup with your allies at the windmill, you’ll need to partake in this activity early on in the game.

In Operation Tonga, you’ll land from a plane and end up washed by the river. Directly in front of you, you’ll see a patrol of Nazis lurking around the field. What makes this worse is that they have dogs right beside them, and you haven’t got a gun. Instead of going forward, follow the path on the right before you walk into a fallen tree.

Now, crawl with the circle button (or B on Xbox) and stop in your tracks. Hide around a stump next to the fallen tree and wait about 30 to 45 seconds. Watch out for the beaming light on the left. After that, start to crawl forwards. You’ll see some white flashes on the right, but that’s meant to happen. It gives an effective ambiance. Go down the path until you see a fellow soldier hanging on a tree. Don’t jump over the log as a Nazi will end your friend’s life. While he’s distracted, crawl behind and get a stealth kill by pressing the right analog stick.

The next section has you go through an open field but wait before you enter. Another patrol speeds its way to the left, and you don’t want to be in the middle of that. Once they’ve passed by, and the coast is clear, sneak on the right side and take cover at the wheelbarrow.

Keep going right to some barrels and wood. As you get up to the vehicle, don’t attempt to stealth kill the guy on the right. Instead, pick up some ammo from the back of the truck. Next, go left and take out the guy facing the house. Go down the basement and open the door out. Get ready for a fire fight. Use the cover to your advantage and pick up ammo from fallen Nazis.

Once you get out of the house, this is where your aiming skills are put to the test. Use the rifle to take out foes from far away. They’re in the smoke, so it will be tricky to eliminate them. If you need to get up close and personal, be sure to pick up a submachine gun from one of the dead Nazis in the house or on the battlefield. During this conflict, there will be dogs coming at you from the left and the right. Try to listen out for them and kill the dogs as soon as you can. If they come into contact with you, it’s game over.

Finally, after you’ve eliminated all the Nazi soldiers and dogs, follow up the path, and you’ll find the windmill, despite it burning.