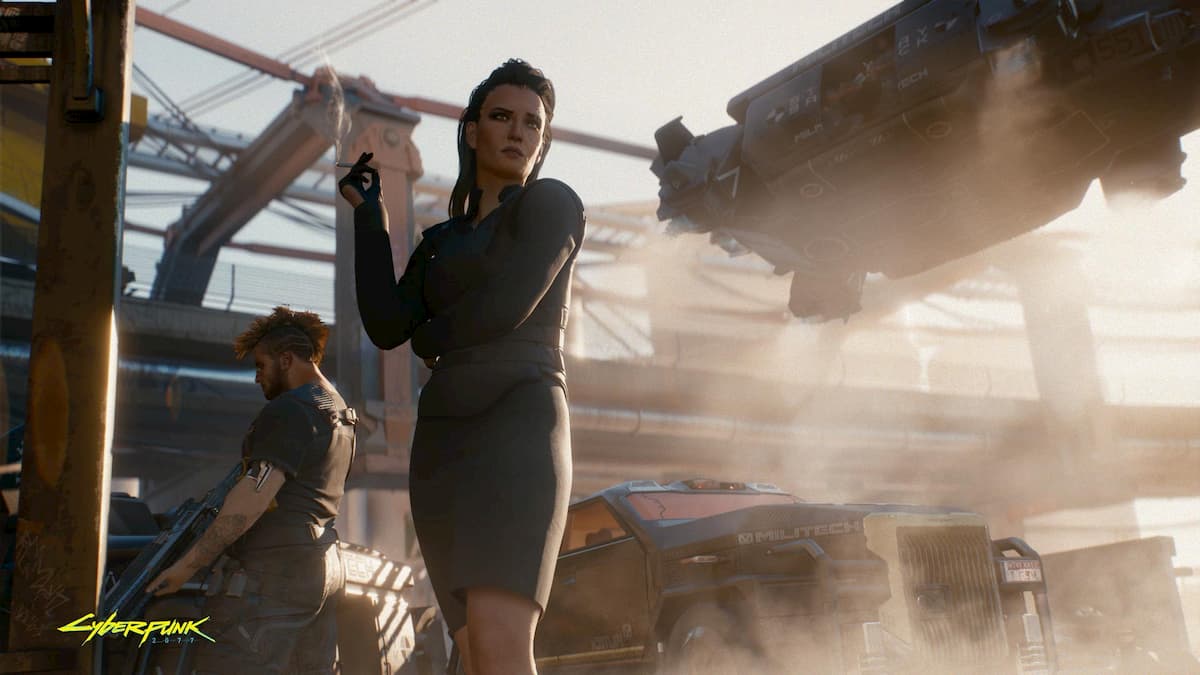 Cyberpunk 2077 has plenty of different romance options from business-like dalliances with Joytoys to long-winded romances that play out over multiple missions. Then there is the in-between nature of the Meredith Stout romance. It doesn’t really go anywhere other than a single meetup, but if you have a thing for powerful Corpo-types, we will show you how to win Meredith’s favor.

You will meet Meredith Stout during The Pickup, a mission that occurs early in the game. Meeting Meredith during this mission is optional, and you cannot romance her if you do not go to this initial meeting.

When you meet Meredith, one of her Corpo goons will force you to take a lie detector test, so answer her question honestly. Afterward, she will give you a chip with some cash on it to make the buy. This will lead on to the Entry Ticket quest, where you will need to kill Royce, the leader of the Maelstroms, and you will need to leave the Maelstroms to their fate when Militech shows up later in the meeting.

When you leave the factory, Meredith will be outside waiting. Later in the game, Meredith will send you a message saying that everything played out as she hoped, thanking you for your part in it. Reply to her saying that you were starting to like her and she will propose a meetup at a motel. This can only happen if you are a male V.

Head for the waypoint to meet Meredith in the No-Tell Motel and you can enjoy some Corpo-sponsored romance. After it’s over, Meredith never contacts you again, so don’t feel too bad about it. It’s not you, it’s her.