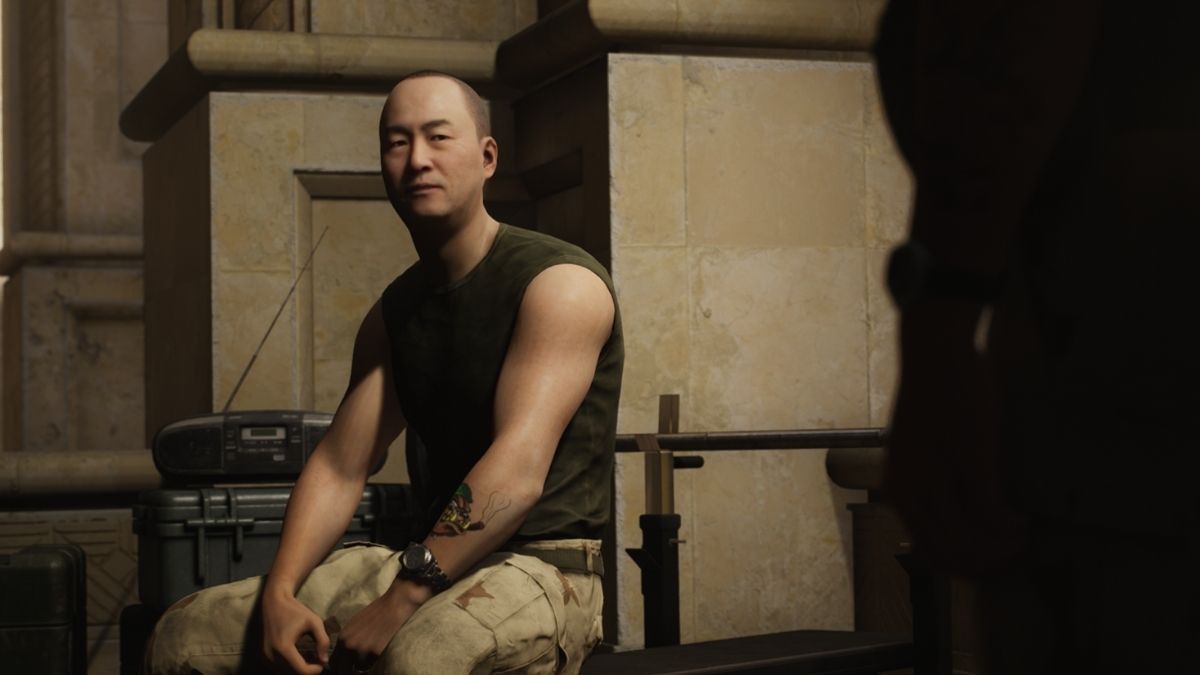 Each character in The Dark Pictures Anthology: House of Ashes played an important role in the story. While there may be five main characters that you control during different chapters in the game, supporting characters like Merwin offer important aid during certain times. Keeping Merwin alive long enough to reach the chapter titled, The Signal will earn you the So You’re My Technician achievement/trophy. Here’s how to save him.

It’s easy to get carried away when being chased by a monster. One of the first choices you get when attempting to save Merwin is to keep his mouth shut. With the monster hot on your trail and Jason taking forever with the morphine, it is pretty tempting to keep holding Merwin’s loud mouth shut. Doing this will cause Nick to kill him.

Later on in the story, Nick and Jason will be carrying Merwin to safety. You come to a fork in the road and can either take the riskier path or the far safer path. Take the safer path. You will need to pass a heartbeat sequence, but it will keep Merwin alive.

Don’t leave a man behind

Further on down the road, Merwin will become conscious again. This comes around the same time Nick and Jason can hear Rachel on the radio calling for help. Merwin will tell you that he wants you to leave him behind because he is dead weight and can hold the creature off. It’s your call to make. Choosing not to leave him behind will keep him alive for now.

Merwin will make it to the temple with Nick and Jason. During the chapter titled, The Signal, Merwin will be up and walking again. He will then proceed to fix the radio before finally meeting his unavoidable end.