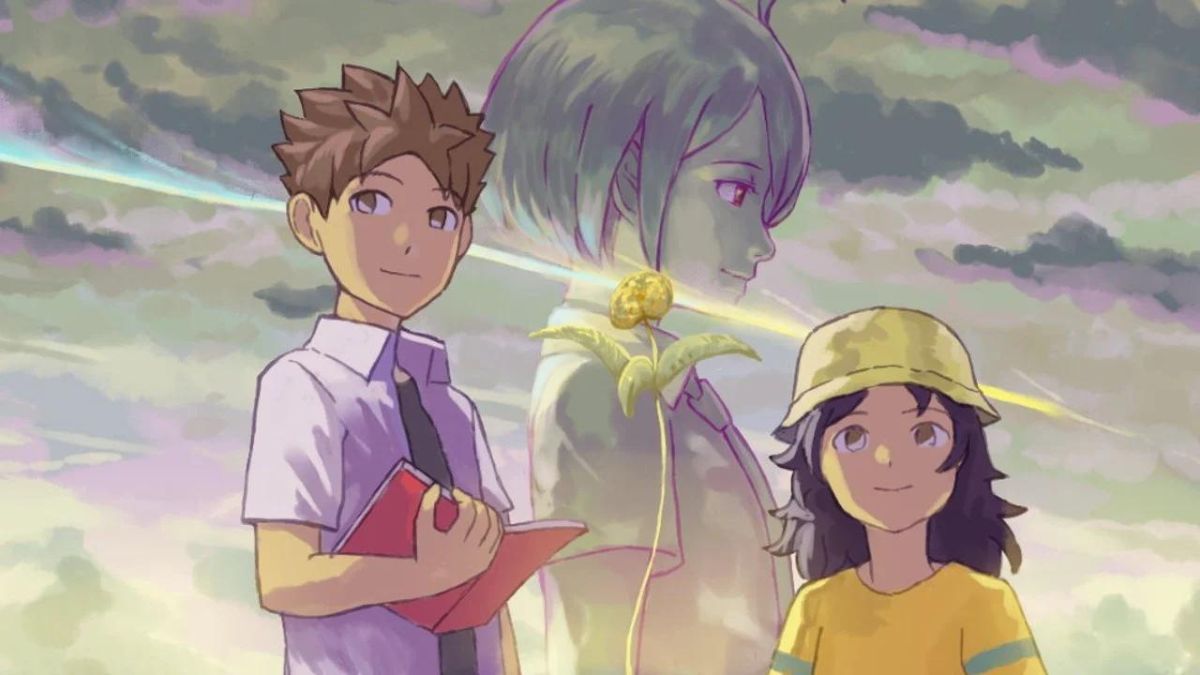 In the indie adventure game A Space for the Unbound, one of the most intense and involved puzzles happens right as the world falls to pieces. Before you can reach the school and talk to Raya, thugs get in your way and you have to convince your sensei to help you fight. This segment of the game can easily get a little turned around and confusing, especially since it time hops between a decade or so multiple times. To make your puzzling adventure a little smoother, let’s walk you through how to get your sensei ready for the fight.

Related: A Space for the Unbound is a beautiful story about mental illness bogged down by its own puzzles – Review

The road to Raya

The closer you and Marin get to the school, the stranger the people become. Some of the enchanted townsfolk include a handful of thugs, willing to block your way to see Raya. Nearby, you can also find your fighting-game sensei, bewitched by Raya’s magic. To snap him back to his senses, use your magic wand to travel back in time.

A spell through time

Your first time hop will be when Raya was a kid, where Lulu and the other girls are making fun of her. While there, make sure to stop by the pay phone and grab the coin on a string hidden inside. This will become very useful later.

Afterward, head to the furthest building on your right, next to the future NetCafe.

Inside, you’ll find a barren abandoned building. However, you’ll notice the space glitching out, meaning you can time hop again. Be prepared to time hop a lot with this particular puzzle.

In this particular time, it’s a little more apparent that the abandoned building is a recently abandoned dojo. Outside, you’ll find bored kids, a knock-off comic book seller, and a sad boy. You’ll time travel one last time right past him, but don’t worry, we’ll come back to him.

Now in this oldest timeline, there will be a fully-functioning dojo. However, its teacher isn’t around. Talk to the boys out front and you’ll discover Sensei is in the alley, struggling with his confidence as a teacher. But a steam roller is in the way, barring you from helping him.

This is where the coin on a string comes to play. With the construction company phone number off of the steam roller, you can use the now functioning pay phone to ask them to move their vehicle. In this case, you’ll want to move the steam roller in front of the dojo.

Once in the alley, you can talk to Sensei. A little yellow flower will appear above his head, signifying he’s going through some emotional turmoil that you can help with.

Sensei’s mind is its own little puzzle. Shadowed men laugh at him while he doughts himself, with three karate symbols above his head. Also, there will be a Dojo locker key on the floor. To figure out what symbols Sensei needs to feel inspired again, pick that key up and head out of Sensei’s mind.

To use the key, you have to hop back into the time period with the sad little boy and the comic seller. Before you do that, though, make sure to call the construction company again and make the steam roller move out of the way. This will become a common theme for this puzzle, so buckle in. Once you reach the abandoned dojo, you can access the dojo locker. Inside, you’ll find cleaning spray.

Take the cleaning spray outside and head to the Karate-Do sign. You can use the cleaning spray to clear off the abandoned sign, which will reveal three karate symbols that make up the dojo’s logo. These are the key to the puzzle in Sensei’s mind. Unfortunately, you do have to hop back in time again and call the construction company again to move the steam roller so you can access Sensei in the alley.

With the red buttons, make the symbols above Sensei’s head match his dojo’s logo. This will help him remember his pride and faith in his dojo and his students, reigniting his passion. That isn’t enough to get Sensei to help you fight off the thugs in the real world, though.

There is no Sensei without a student

First, call the construction company to move their steam roller one last time. Then, if you head to the time period with the sad boy and the comic seller, you’ll discover that Sensei is still struggling with keeping students passionate about karate. Here’s where the sad boy reading comics comes into play.

Talk to the heartbroken boy, and you’ll discover that he doesn’t like feeling weak and wishes he could be more like his hero, Karate Boy. Karate Boy is a knock-off comic book he enjoys reading. If you walk slightly to his right, you can even read two pages of Karate Boy’s fight scenes. This will be relevant to the puzzle in a minute.

If you Space-Dive into the young boy’s head, you’ll find him feeling vulnerable and naked, with a locked cabinet next to him and three cryptic posters. They are your only clues to the puzzle. Considering they are elbows, kicks, and punches, it’s time for you to exit his mind and go look at that Karate Boy comic.

As you go through the Karate Boy comic, you have to carefully count the number of elbows, kicks, and punches that Karate Boy does within these four pages. Spoilers, he does three elbows, five kicks, and seven punches.

Use these numbers to unlock the cabinet in the boy’s mind. Don’t forget to hit A on your Xbox controller (or X on a Playstation controller) once you input the numbers. They do not automatically unlock on their own.

Inside you’ll find a gi, which the boy will put on and gain enough confidence to be a strong protector, like Karate Boy before him. He’ll join Sensei’s dojo as a child. Then, as an adult, he’ll abandon his gang of thugs and join you and Sensei in the fight. Now you can travel back forward in time and, with Sensei and Karate Boy’s biggest fan, beat back the thugs and make your way to the school.