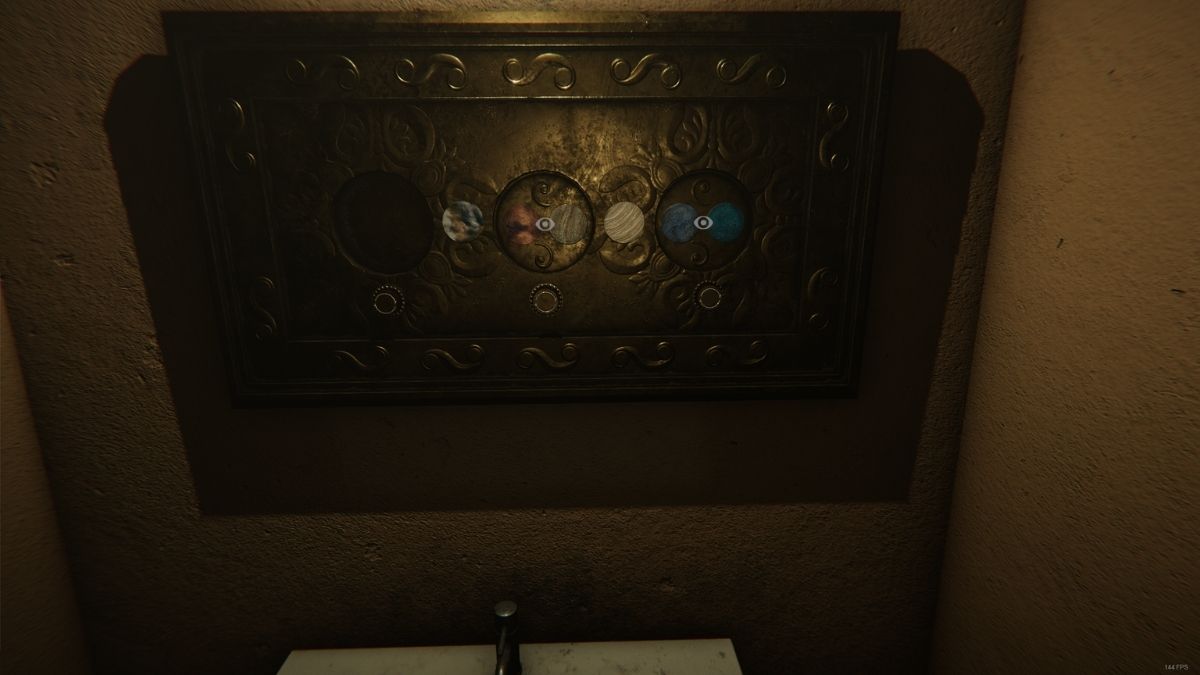 There are plenty of puzzles that will keep you busy in MADiSON as you try to solve the mystery of what is happening in the house and attempt to escape before you lose your mind. Unfortunately, not all of these puzzles are easy. Most, if not all, will take a little bit of time to solve. Take the solar medallion puzzle. You aren’t getting all the medallions right away and the solution to this puzzle won’t be immediately obvious.

How to find the medallions

Your first encounter with the solar medallion puzzle might have been when you entered grandpa’s bedroom for the first time. In the small closet/bathroom in the back of grandpa’s room, you will find a plaque with two empty holes where the medallions are meant to go. One medallion will already be placed, but it can be moved. There are two more medallions to find.

The second medallion is found later on in the game. Once you can enter grandpa’s bedroom, search the wardrobe to find some Loodchrome Film. Once you have the film, head to the small living area and go through the door. Follow the hallways to a room with a projector. Place the film in the projector. Afterward, walk up to the wall where the pictures are being displayed. The images will start to blink rapidly. When they are blinking, take a picture with your instant camera to reveal the second medallion and the key to solving the puzzle.

How to solve the solar medallion puzzle

The key to solving the puzzle is the photo you took when the film images were blinking rapidly. Look at the film to reveal the order that the planets should go in on the wall.