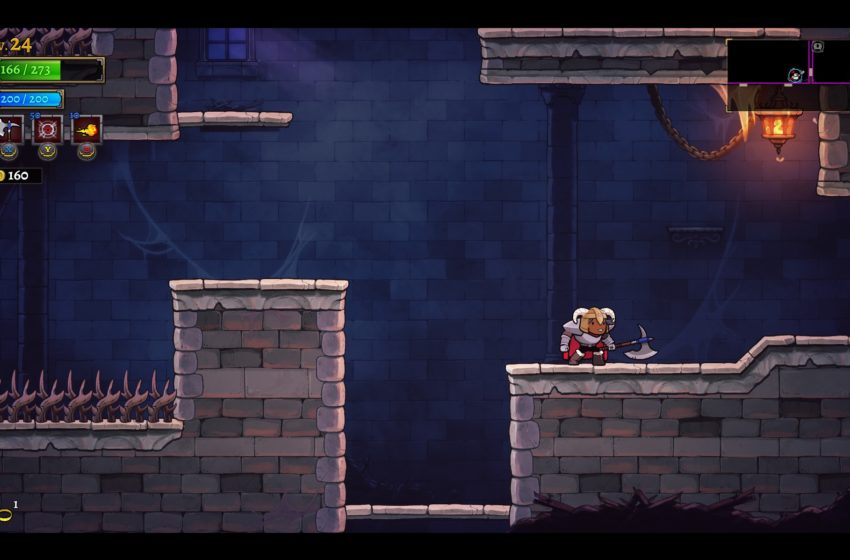 Your character in Rogue Legacy 2 can perform a downward strike when they fall. If they’re standing above an enemy or an object that they can destroy and perform a downward strike on them, your character spins back up into the air. The attack partially damages the enemy, it destroys the obstacle that was below you, and it doesn’t hurt you whatsoever. It’s a great way to defeat harder opponents to avoid taking any damage, although it’s a bit slow. Think of it as performing a parry.

There are two ways to do this attack. The first is by jumping into the air and landing on something. The second is walking up to inanimate objects, like doors and crates, and hitting them while standing close. You won’t be able to walk up to enemies and hit them with the attack. You can only hit them while landing on their heads. Both methods require you to hit the LB button your gamepad or hit the W key on your keyboard. It’s for the downward strike attack, which triggers the spinkick. If you’re near multiple enemies when using the move, you do hit both of them.

It’s a good way to avoid damage from enemies with patterns you don’t quite have learned yet. The spinkick is also a good way to save yourself from being by an enemy you didn’t see when you were falling. Landing on an enemy or bumping into them does damage your character, so it’s a good way to make sure you don’t take any unnecessary damage.