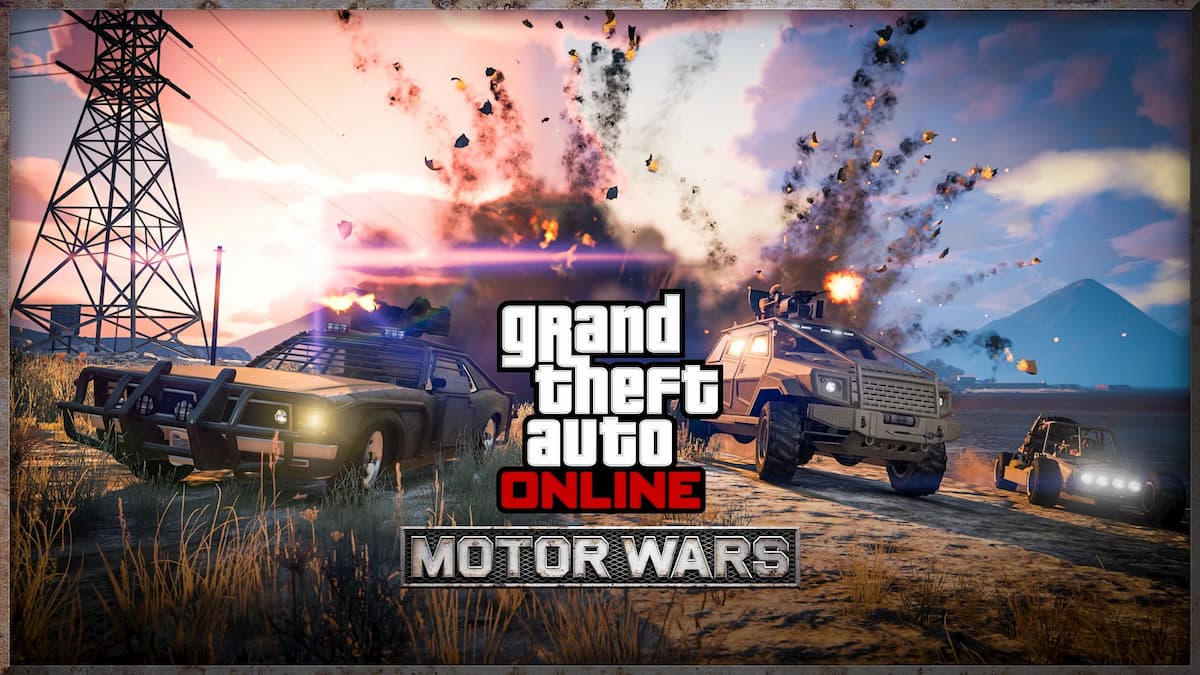 Rockstar likes to hand out extra money and RP on a regular basis, and Motor Wars is one of the modes you can play in Grand Theft Auto Online to earn those rewards. Naturally, though, it takes a little bit of navigation to figure out how to start a Motor Wars session, but that’s where we can help you out.

While in an online session, open your pause menu, and move over to the Online tab. Choose the Jobs option, and then you can sort through Rockstar Created, followed by Adversary Modes. Scroll through the available missions until you find the ones labeled Motor Wars.

Originally released with the Smuggler’s Run update in 2017, Motor Wars pits teams against each other with a minimal loadout, but weapons upgrades are available all over the map. Two to four teams can hold anywhere from four to as many as seven players. If you die during the mission, you will not respawn, and the last team standing is declared the winner.

As you continue playing in each round, a warning message will appear that the battleground is shrinking. If you are caught outside of the zone, you risk instant death if you don’t get yourself back inside. When all time has expired, sudden death occurs, and the dome will begin to shrink, instantly killing anyone not contained in the battle area.