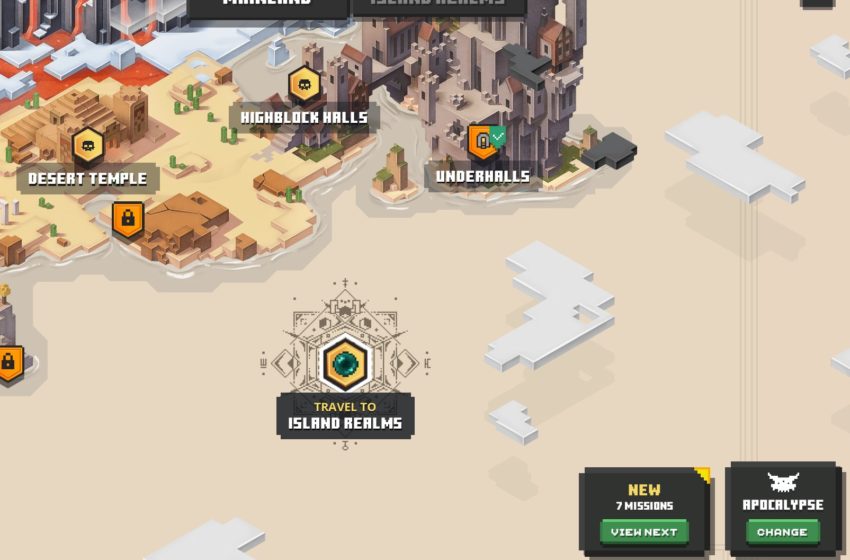 Jungle Awakens is now available for Minecraft Dungeons owners if they purchased the DLC by having access to the Hero Version or making a separate purchase. The new DLC adds a brand new region to the game, and has a strict focus on the jungle biome, adding new monsters, ocelots, and the whip. You will need to approach the table at the center of your camp like you would for any other mission. From there, you want to move down to the bottom of the map and look for the part the says Travel to Island Realms. The Island Realms is where all of the DLC locations will be for Minecraft Dungeons. Alternatively, you can click the Island Realms tab at the top of the map.

Once you click the Island Realms, you immediately zoom in on the Creeping Winter DLC, which is locked. However, if you scroll to the left on your map, you will see that the Jungle Awakens region is to the left of it, and the first mission available to it is the Dingy Jungle. Click on that region, and you will be able to choose what difficulty you want to play the mission on, much like you would the traditional ones.

When you want to return to the mainland islands in Minecraft Dungeons, scroll below the Jungle island and click on the blue sphere, much like you did to travel to the DLC region. The top tab also works to switch between the two areas.