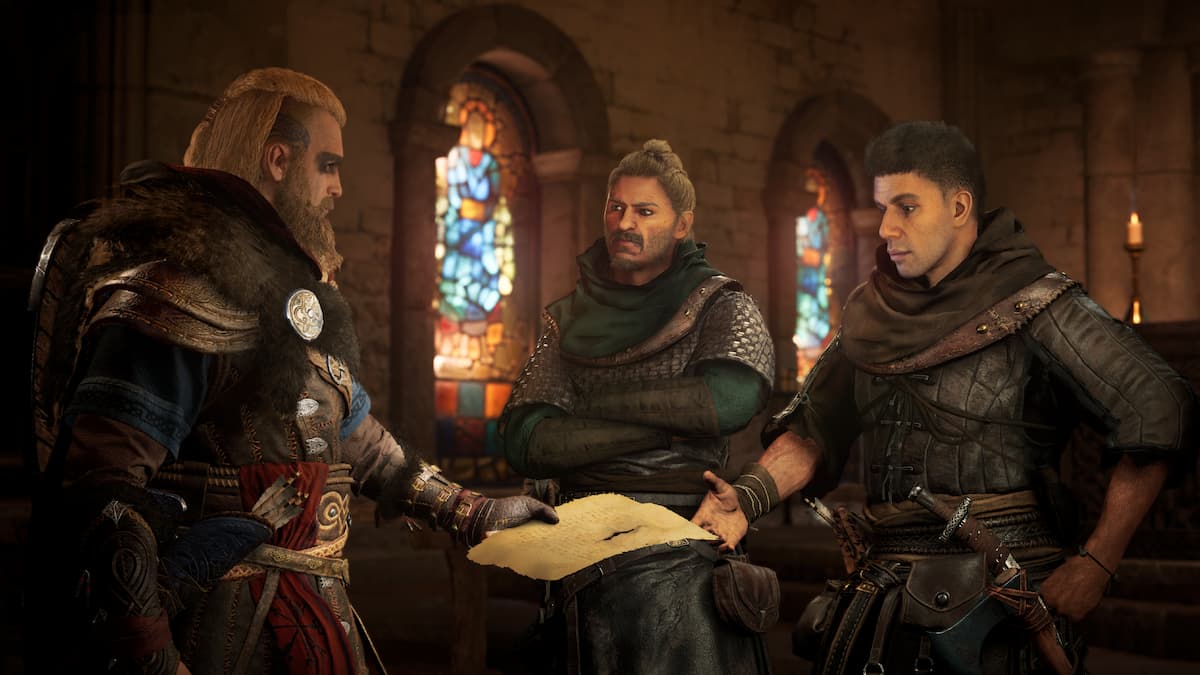 The Wrath of the Druids is the first major DLC for Assassin’s Creed Valhalla. It is a paid addition to the game, so you will have to purchase it or make sure you have access to Assassin’s Creed Valhalla’s season one expansion pack. Once those are in place and have been downloaded to the platform alongside the base game, you will have the opportunity to play through it whenever you wish to complete it. The Wrath of the Druids takes place in a new location, Ireland.

There are a few steps you need to complete after purchasing the Wrath of the Druids DLC. You do not need to complete the main story in Assassin’s Creed Valhalla. You need to have access to Ravensthorpe, the main settlement you receive when you arrive in England. If you’ve reached this point, you will unlock the Irish Trade quest, and you’ll be visited by a new arrival you can find on your docks.

The Irish Trader is named Azar, and you’ll learn that rivals of the trader have blockaded the Nene river route and making it difficult for everyone to pass through. You’ll be tasked with opening the route and beginning your steps to adventuring in the beautiful realm of Ireland. You now need to complete the first quest to unlock Ireland called Irish Trade.