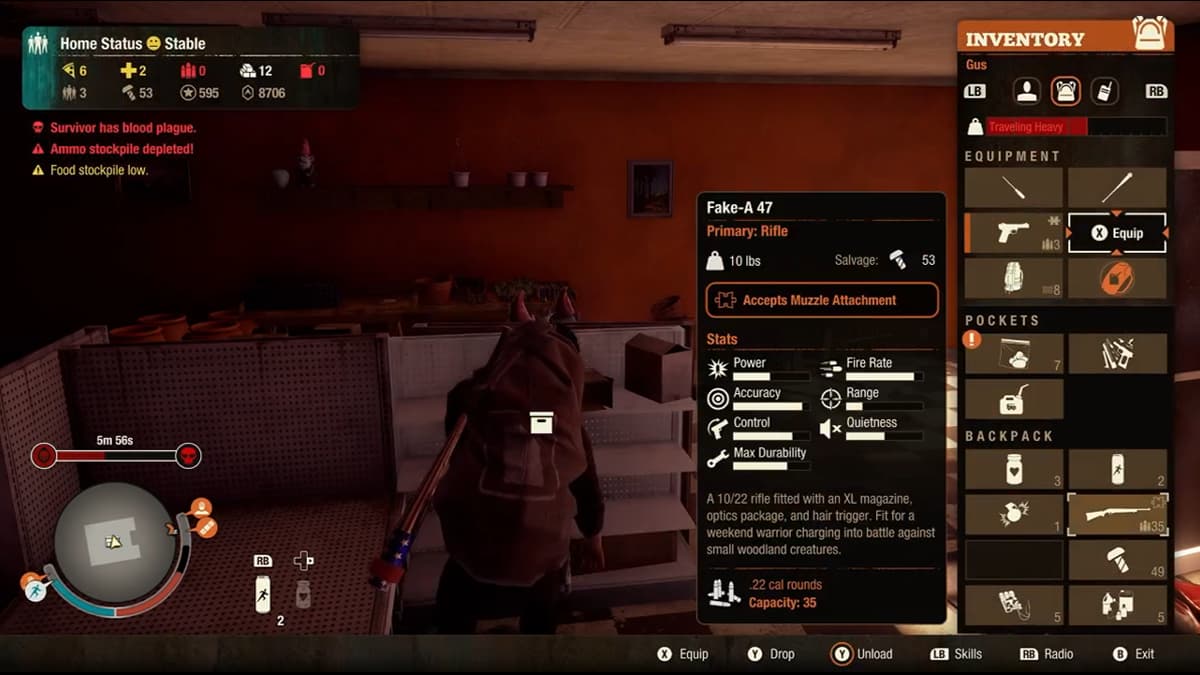 While State of Decay 2 was originally released in 2018, it continues to get new content and updates to the way it plays. For a while, you were stuck to having only one weapon equipped at a time, so holding another one was really taking up valuable space in your inventory. Now things are different with the game allowing you to equip both a sidearm and a primary weapon at the same time. While you can have two guns at once, it isn’t described how you can change between them. Here is how to swap your weapons in State of Decay 2.

Swapping between weapons in State of Decay 2 is quite different from other games that have you carrying multiple guns at once. To do it, you obviously first need to have a sidearm and a primary weapon equipped. You can do this by selecting the item in your inventory and pressing X to put it in the right slot.

Now to change weapons, you need to aim down your sights with LT and press Y while holding it. On PC, hold the right-click and press 2. To tell the difference between which weapon is which, primary weapons are always on your backpack, while sidearms are holstered at your side. If you open your inventory, an orange highlight and placed next to the gun you currently will pull out when you aim down the sight.