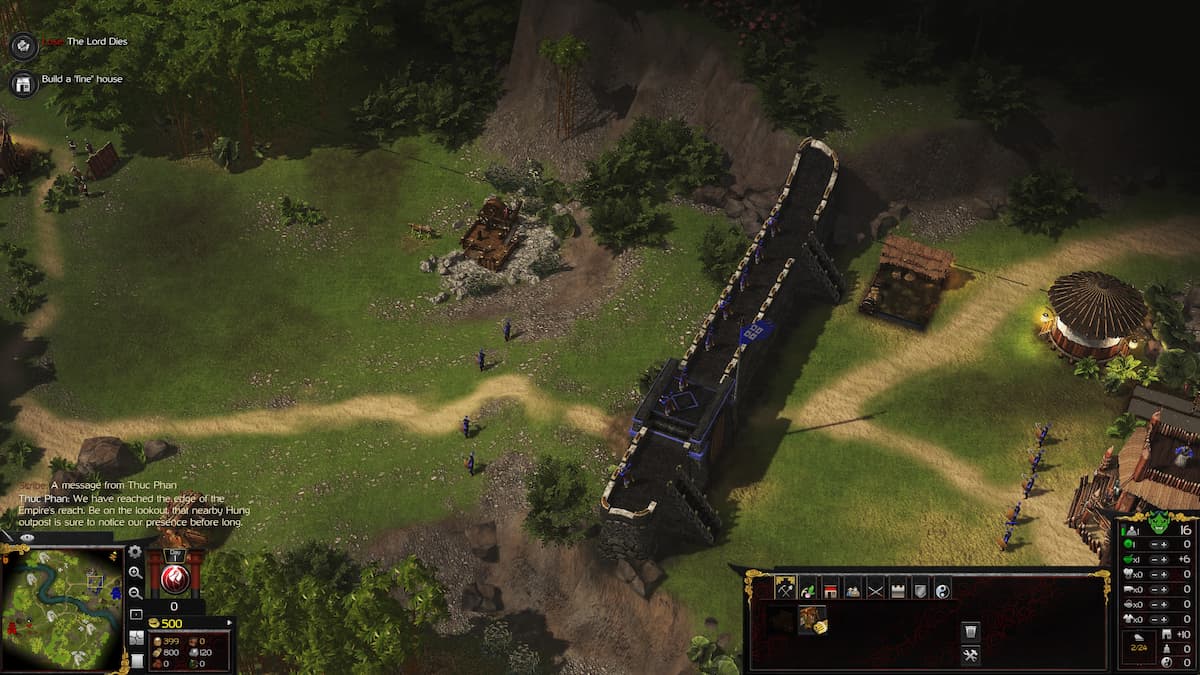 One of the most important aspects of the early game in Stronghold: Warlords is capturing as many warlord keeps as possible. These NPC strongholds give you access to new ways to use your diplomacy to get new goods. Plus, they provide solid outposts for staging your armies before moving on to your next conquest.

However, they’re also tough to bring down. If you just attack with melee units, the warlord at the top of the keep is going to wreak havoc. You’ll take them down eventually, but expect to lose several units in the process. And the first ranged unit you get (the blowpipe tribesman) can’t attack keeps from range. Their blowdarts just bounce off the structure.

Fortunately, once you get access to auxiliary archers in the second mission, this problem largely goes away. In fact, you can take out of all the warlord’s ground troops and then just ping him with arrows while you concentrate on other parts of the map. Eventually, he’ll go down and you just have to send someone up to claim the keep.

This is also a very important tactic for taking down enemy walls. Usually, enemies keep archers on top of their walls, so running at them with melee units will result in the decimation of your troops. Instead, we’ve found much more success in sending forth groups of 5-8 archers to slowly pick away at your enemy. Once all of their archers are dealt with, you can send the bulk of your forces forward to raze the gatehouse and get access to your enemy’s base.

Of course, as you progress, you’ll gain access to several other options for dealing with castle walls. That said, learning the basics in the early game is always going to be helpful as move through the campaign.