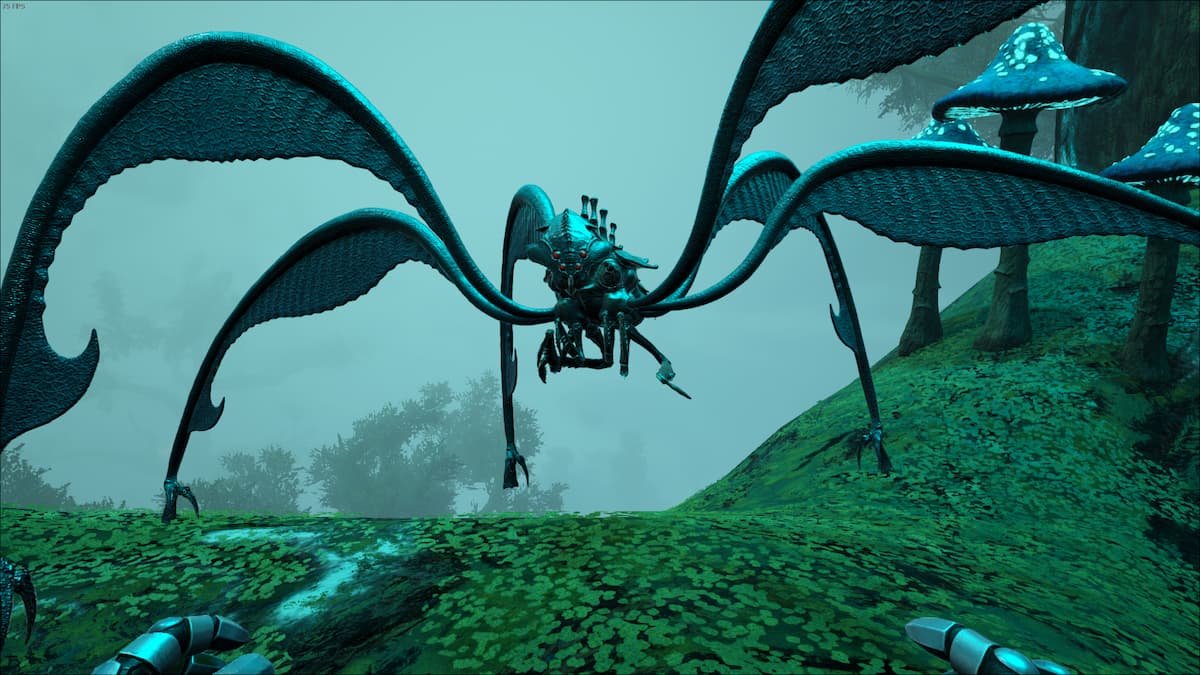 Mobility is one of the most vital parts of playing Ark: Survival Evolved. Whether playing the more relaxed PvE mode or daring to try PvP, you’ll always find that the need to move around the world quickly outweighs most others. While you could invest in boosting your personal movement speed, there’s nothing that will get you around the map as quickly as a tamed creature. The Bloodstalker, while not a flying creature, is highly versatile to players, both those starting out and those who have already established a base. Here’s how you can tame one to ride around with speed.

Where to find a Bloodstalker in Ark: Survival  Evolved

The Bloodstalker was introduced with the launch of Genesis: Part 1. They’re found only in the large trees in the swamp biome, waiting for the unsuspecting Survivor to walk too close. They are not limited to Genesis Part 1; in fact, these are the maps that you can find them on:

Related: The 15 best Dinosaurs to tame in Ark: Survival Evolved

How to tame the Bloodstalker in Ark: Survival Evolved

The Bloodstalker is a passive tame, similar to that of the Desmodus. This means that the Bloodstalker will feed off of you, or if you have any Blood Packs in your last Hotbar slot, it will eat those. Therefore, the Bloodstalker can only be tamed through this method, not other means.

If you’re attempting to tame a Bloodstalker on Genesis Part 1, you will need the means to ascend up the branches to where the Bloodstalkers hang out. As flying creatures are disabled on Genesis Part 1 and some of the Tek Gear functionality, you’ll have to use something else like a Skiff, Grapples, Gliding Suit, Maewing, or Sinomacrops.

You’ll also need either a ton of HP or Blood Packs to tame the Bloodstalker. Blood packs can be made by using a Blood Extraction Syringe in your inventory. This will instantly create a Blood Pack, but you will lose HP. You can also use this on your unconscious Tribe Members or Survivors, but if you’re not careful, you can kill them. The higher the level of the Bloodstalker, the more Bloodpacks you’ll need to tame it.

If you get grappled by the wrong Bloodstalker, you can use your Melee attack to break free from them, but you will then drop down from whatever height you’re at. So you might want to keep some Parachutes on hand if you don’t have a Gliding Suit or a Sinomacrops.

On Genesis Part 2, they’re easy to tame as they’re generally walking on the ground on the Rockwell side. However, the general taming strategy remains exactly the same.