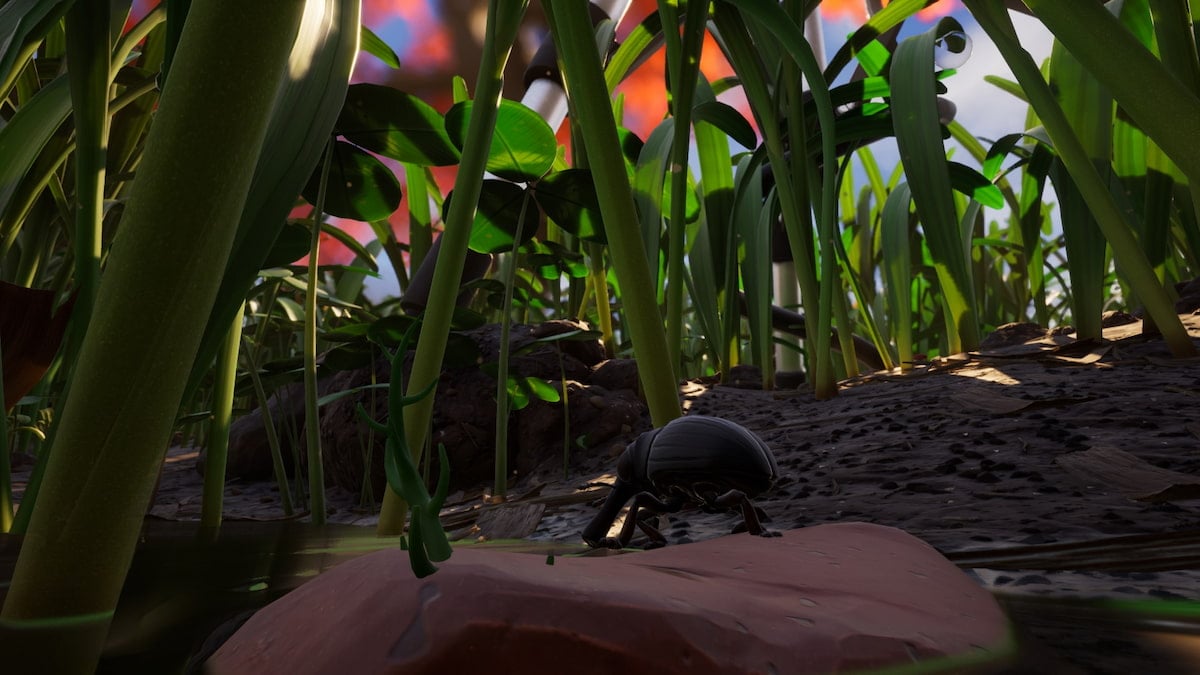 The world of Grounded has grown, allowing you to tame pets. The first round of pets released to Grounded feature aphids and weevils. You normally encounter these creatures pretty early in your game, and they’re pretty passive. Both of them do not go out of their way to attack players, so they make ideal pets that you can care for on your base. The weevils in Grounded require a specific food if you want to tame it.

When you want to tame a weevil, you’re going to need to make a mushroom slurry. You can do this by creating a Grinder, a crafting station that you can place anywhere in your base. After you’ve created your Grinder, you’re going to need to find large mushrooms. We’ve found a handful of them clustered to the northwest of the oak tree at the center of the map, right next to the pond.

You’re going to need a level two ax to cut down the large mushrooms and acquire the mushroom chunks. You only need a single mushroom chunk to create a mushroom slurry. Once you have the slurry, the next step is all about finding a weevil and offering it to the creature. They’re perfectly happy accepting the treat and becoming your pet.

How you feed a weevil to tame them is by dropping the mushroom slurry on the ground. You want to make sure there are no other weevils or aphids nearby beyond the one you’re attempting to tame. You will also need two mushroom slurries, so make sure you craft two of them to use on your potential pet and have a few extra if you need to try again. After the weevil has consumed both of the mushroom slurries, they will be tamed. You’ll know one of the insects has been tamed because when you approach it, you can pet it.

To make sure you can properly take care of your weevil, you need to make a Pet House for them. The house allows you to control multiple pets and monitor the pet’s stats that live inside it. When you set the Pet House down, if you have a tamed pet, approach the house to assign a pet at it. You have the option to rename the aphid or weevil, and if you do, the Pet House will be named after it.