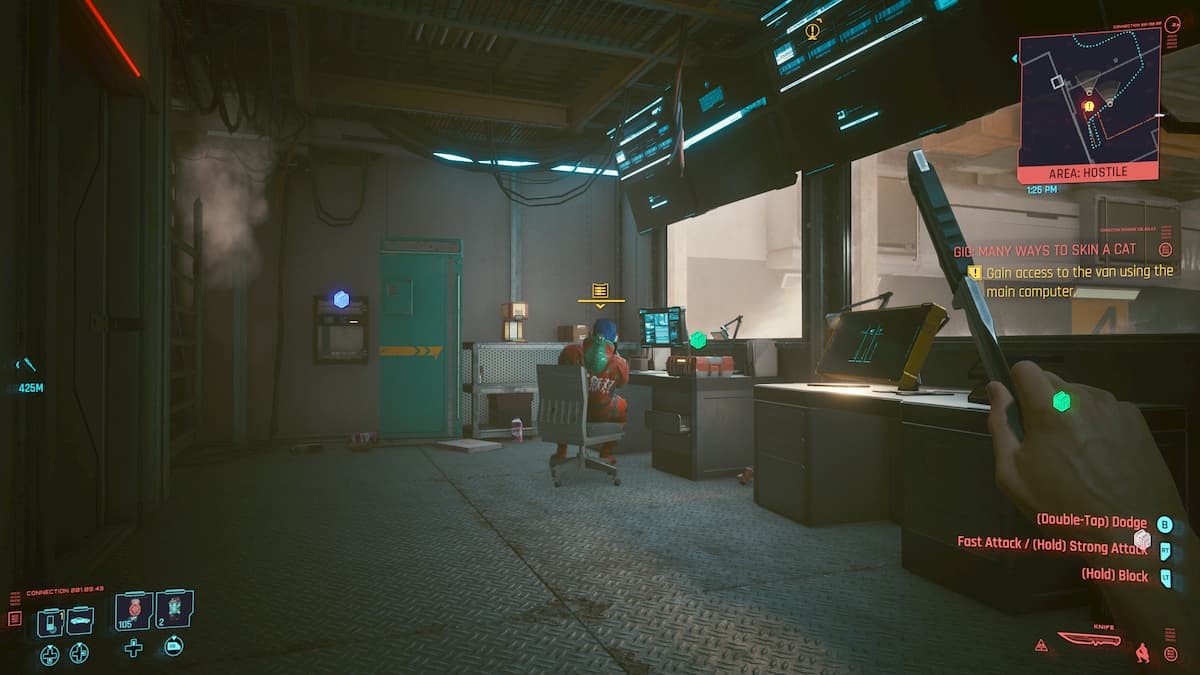 If you prefer to remain quiet and try to sneak your way inside an enemy hideout without being seen in Cyberpunk 2077, you want to learn how to throw a knife. If you throw a powerful enough knife, it’s like hitting an enemy with a sniper rifle that hits a critical hit every time, and it’s silent—the best of both worlds. But you can do it if you pick up a particular perk.

How to learn how to throw a knife

The perk you need to acquire to throw a knife is called Dagger Dealer, and it’s underneath the stealth tree. You can pick it up when you have a spare perk point. After learning this skill, when holding a knife, you can click the button you use to aim and then toss the knife as if it were a regular ranged weapon. If you hit the back of the head of an enemy, it does a massive amount of damage and likely kills them with anyone hearing they fall.

You will not be able to throw the knife unless you have this perk unlocked. You can increase the effectiveness of throwing knives by picking up the Cutthroat perk, also in the stealth tree. You can upgrade it twice, but it requires you to have at least nine points in the Cool attribute. There are other perks in this tree that augment your knives and make them poisonous.

Can you pick your knife after throwing it?

From what we can tell, no. It appears every time we toss our knife into the back of the enemy’s head and kill them, the knife goes away. If you plan to throw your knife into an enemy, you need to make sure you’re okay with losing them. It helps to have a schematic of a knife you like and craft multiples of them, or buy several from a weapons merchant in Night City.

There could be an iconic knife in Cyberpunk 2077 that has a perk that allows you to throw it and then pick the weapon back up, but we have not located this knife yet if it exists at all.