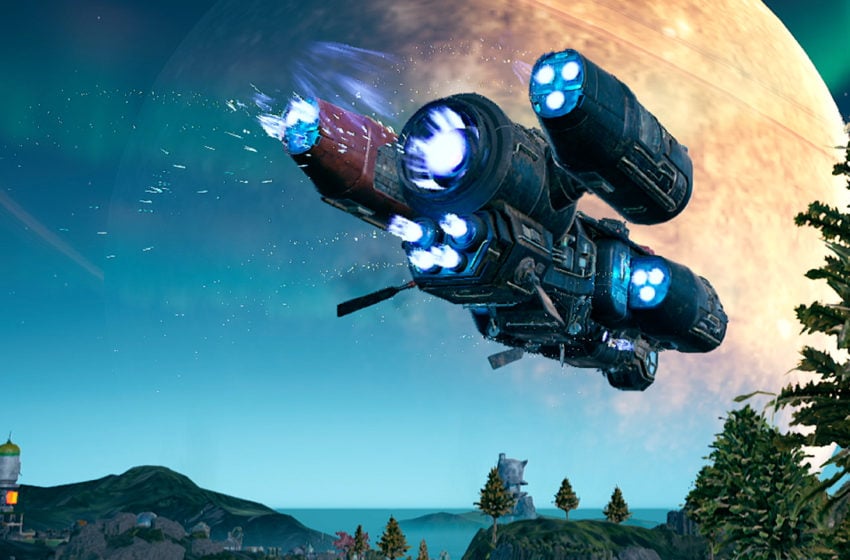 When you first arrive at Gorgon Canyon you will be greeted by a low alarm, issuing a dire warning about potential death and dismemberment. Such things are common in The Outer Worlds, but this alarm just won’t stop. A nearby shopkeeper will explain to you that the alarm has been going off for quite some time.

Apparently, the shopkeeper doesn’t even dream anymore, he just keeps hearing the alarm in his sleep. People have tried to stop it, but nobody has been able to smash the Terminal, or figure out any other way to shut it down.

The terminal is located on the same platform where you land in the Unreliable, and so far the only way we have discovered to turn it off is through a simple Hack. You will need a Hacking skill of 35 to be able to do it, however. If you don’t have a Hacking skill that high, you should definitely put some points into it when you level up, as hacking is incredibly useful.

If you are close, but not quite at 35 points, remember that different items of armor will also give you statistical improvements, so check your Inventory for something that will improve your Hacking skill directly, or your Stealth skills in general.

Now, what happens if you turn off the alarm? From what we can tell, nothing at all. The shopkeeper is grateful, but doesn’t give you a reward or anything like that. If anything he seems to be a little perturbed that he can hear himself think again.