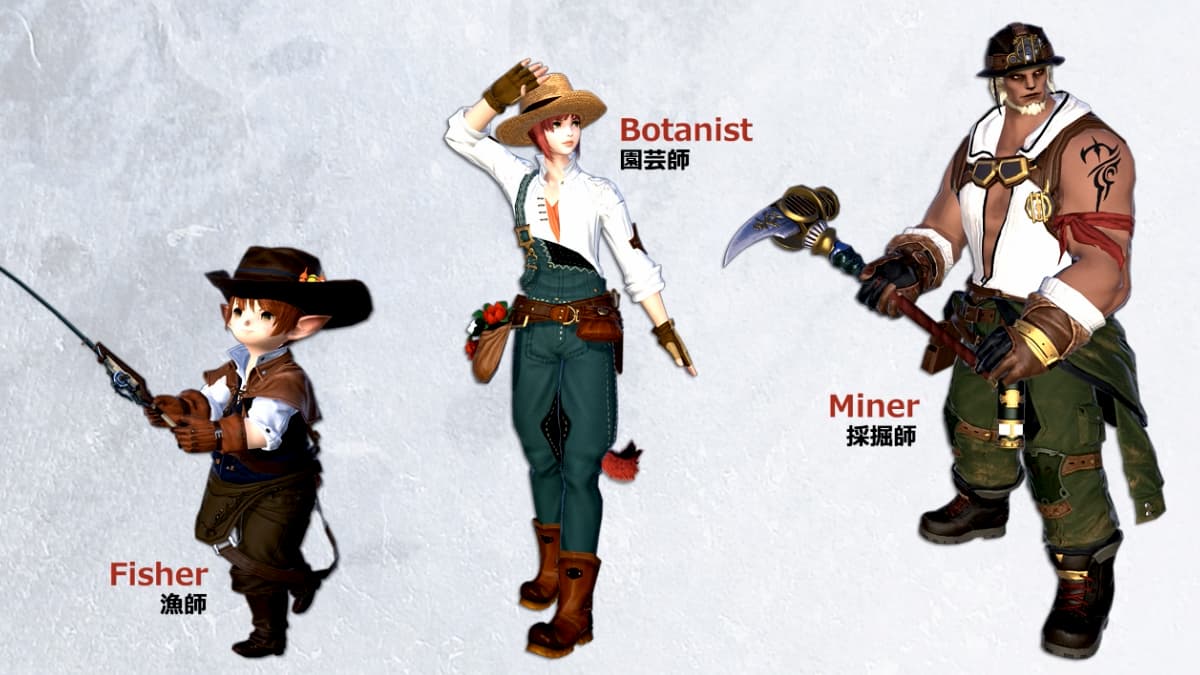 Battle content isn’t the only way to spend your time in Final Fantasy XIV. Players can also unlock crafting and gathering jobs to help make the game’s economy go around. Gathering materials and creating items and equipment for others, or for yourself, is pretty enjoyable. Compete for profits on the market board, make stuff for your friends, or just chill out from battling enemies in regular duties. There’s even a whole set of endgame activities for these Disciple of the Hand (crafter) and Disciples of the Land (gatherer) jobs.

When starting as a brand new player, you select your initial class, which determines your starter city in either Ul’dah, Limsa Lominsa, or Gridania. As you level up, you have your main scenario quests for the story and your class quests. Completing your level 10 class quests allows you to unlock other jobs, including crafting and gathering jobs.

Then it’s just a matter of finding each job’s starter NPC, talking to them, and completing their quest, which rewards you with a primary tool. Equipping this primary tool will change your job accordingly. Switching between tools allows you to switch between jobs all the same, just like with different weapons for battle jobs.

Accept job quests by speaking with the NPCs at each guild

Disciple of the Hand (Crafters)

Disciple of the Land (Gatherers)

To reach the guilds outside of your starter city, you’ll need to continue with your main scenario quests. The level 15 quests will allow you to travel to Ul’dah, Limsa Lominsa, and Gridania. After attuning to the main aetheryte crystals in each city, you can then freely teleport around in exchange for a small sum of gil.