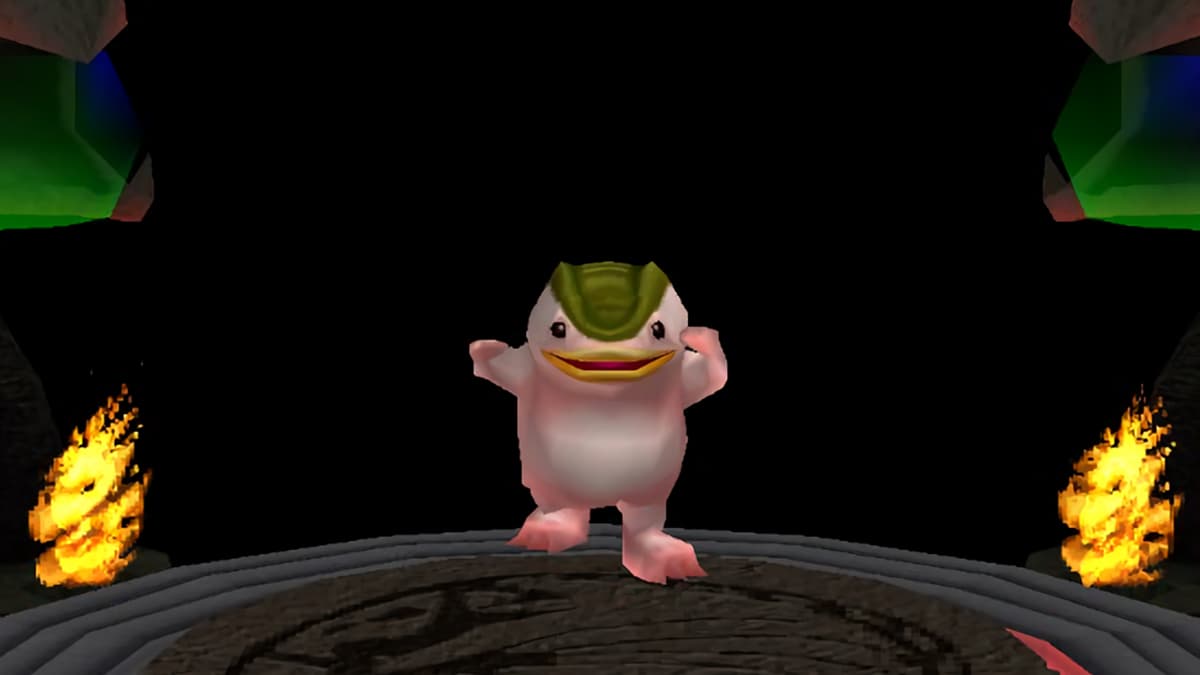 There is no shortage of monsters available in Monster Rancher 1&2 DX, so it can seem a daunting task to find the occasionally difficult unlocking conditions to get them all. However, all is not lost. We’ve got everything you need to unlock every monster breed in the Monster Rancher 2 portion of the game.

Fortunately, you don’t have to go through a complex unlocking procedure in order to unlock some really solid breeds in the game. The following main breeds are available from the first time you load up the game:

How to unlock Baku and Golem Main Breeds

To get these two main breeds available for purchase from the market, you need to get to Breeder Rank 4 and purchase the first house upgrade. Get at least 17,000 G by 4 May and Binto will arrive and offer to upgrade your stable for 15,000 G. Once this is done, these two breeds are unlocked.

Get to Breeder Rank 8 and have all three house upgrades and both the stable upgrades. On 4 May, when Binto comes around again, you need to have 22,000 G. If you do, Binto will upgrade your house yet again and you will receive the Bajarl Pot. Use this when combining monsters to unlock the Bajarl.

How to unlock Gali, Henger, Mew, and Worm

Get Breeder Rank 1 and have the monster you beat the E Rank tournament with on the ranch on 1 July. They will be invited to a qualifying match at the end of the month. Win that tournament and attend the meet on 4 August. You don’t need to win, but you need to take part. This will unlock these four breeds.

This one is a bit tricky. First you need to unlock the Worm breed. On 4 June, your Worm must meet the following conditions:

If these conditions are met, the worm will build a cocoon and turn into a Beaclon on 4 June.

How to unlock Centaur

Get Breeder Rank 4 and finish the first expedition at Kawrea. Once you’ve done this, send a monster of at least B rank to the Mandy Desert for the Heavy Erranty between March and August. If your monster gets through the Erranty without an injury, it will return with a spear. A fight will break out between your monster and the Centaur. You don’t need to win but it shouldn’t be too difficult. Use the spear when combining monsters to unlock the Centaur breed.

How to unlock Dragon

Get Breeder Rank 6 or higher and have a monster at B rank. Have at least the first stable renovation and take part in at least one Ima vs. FIMBA meet. Then, on 1 July, you will be invited to the Dragon Invitational that takes part on 2 August. Defeat Lagirus to get the Dragon’s Tusk. Use this in combining monsters to unlock the Dragon breed.

This is another complicated one. Feed a monster enough Cup Jelly to receive five diamond marks, which will also give a Quack Doll as a reward. Afterward, send a monster with at least the following stats on the Torles expedition:

If your monster has all these stats, you will have the chance to retrieve the Strong Glue from the tree at the start of the Torles expedition. Once you get it, head back to the ranch and give your monster more cup jellies until you receive a second Quack Doll. This second one will become a Ducken Doll, which you can use during combining to unlock the Ducken breed.

Get to Breeder Rank 4. Attend the Parepare expedition with Kavaro with a monster with the following stats:

During the expedition, go to the Decaying Palace behind the huge pumpkin to find an Old Sheath. Afterward, go to the shop and listen to Verde’s rumor. Get your monster to A Rank by 1 February and it will be invited to the Double-Edged Invitational. Win and you’ll receive Double-Edged, which can be used during combining to unlock the Durahan breed.

How to unlock Ghost

Allow a monster to die. Hold a funeral for it and build a shrine. 140 weeks later, have at least 8000 G on 3 March to upgrade the shrine. Wait another 140 weeks and have another 13000 G on 3 March. The following year, again on 3 March, you will receive a Stick. Use it during combining to unlock the Ghost breed.

How to unlock Jill

Get to Breeder Rank 6 and attend the Torles expedition with a monster with the following stats:

From here, find the large snowman at the top right of the map and get the Big Footstep. Later, send a B Rank or higher monster on the Sharp Errantry and defeat Bighand. This will unlock the Big Boots, which can be used during combining to unlock Jill.

How to unlock Joker

Go on the second Kawrea Errantry with a monster with the following stats:

Visit the Burnt Altar on the upper right side of the map to find the Joker Mask. This can be used during combining to unlock the Joker breed.

Get to Breeder Rank 8 in at least year 1010 and have a B Rank or higher monster on the ranch. Sometime between 1 September and 4 November, you will be visited by aliens. They will talk to you and give you a crystal. Take this crystal to the Shrine in town and unlock Metalner.

How to unlock Mock

Get to Breeder Rank 4 and visit the shop occasionally. Eventually, you will receive Seeds. Once these are planted, wait a short ten years and a series of cutscenes will happen. The tree that grew from the seeds will die. The next time a monster dies, you will receive a free Mock breed monster and the Mock breed will be unlocked.

How to unlock Niton and Undine

Have Breeder Rank 4. Raise a Hopper monster to at least B Rank and have it on the ranch between December to February. When the Hopper has less than 30 stress and no fatigue at the start of February. It will dig up a hot spring in a cut scene. Afterward, you will have the Undine slate which can be used during combining to unlock Undine. Also, the Niton breed will be unlocked automatically.

How to unlock Phoenix

Attend the first Kawrea expedition with a monster with the following stats:

Get the Phoenix Feather by searching in the expedition, which can be used during combining monsters to unlock the Phoenix breed.

Get to Breeder Rank 7 and get to year 1005 or later with a monster of at least 90 Fame on the ranch. This will unlock a cutscene where you will receive a Doll. Later, the Doll will get thrown away. The next time you allow a monster to die, you will receive a free Wracky breed monster and the breed will be unlocked.

How to unlock Zilla

Get to Breeder Rank 6 with at least one stable upgrade purchased and both the Niton and Undine breeds unlocked. Then send a monster of B Rank or higher to the Hit Errantry. You’ll get a warning about a big water creature in the area. At the end of the Errantry, the Zilla King may appear – it is a random spawn. Defeat it and get the Zilla Beard, which can be used when combing to unlock the Zilla breed.

In addition to these monsters, the updated version of Monster Rancher 2 also includes unlockable breeds from each of the Errantry regions. In order to unlock these monsters, you must first encounter them within the expeditions. These breeds are:

Encountering these breeds is a random chance, so you may need to grind a bit or reload a save to make sure you get the one you want. You’ll also need to beat either Poritoka or Most in the Legend Cup tournament at the end of the game, so don’t plan on unlocking until post-game content.