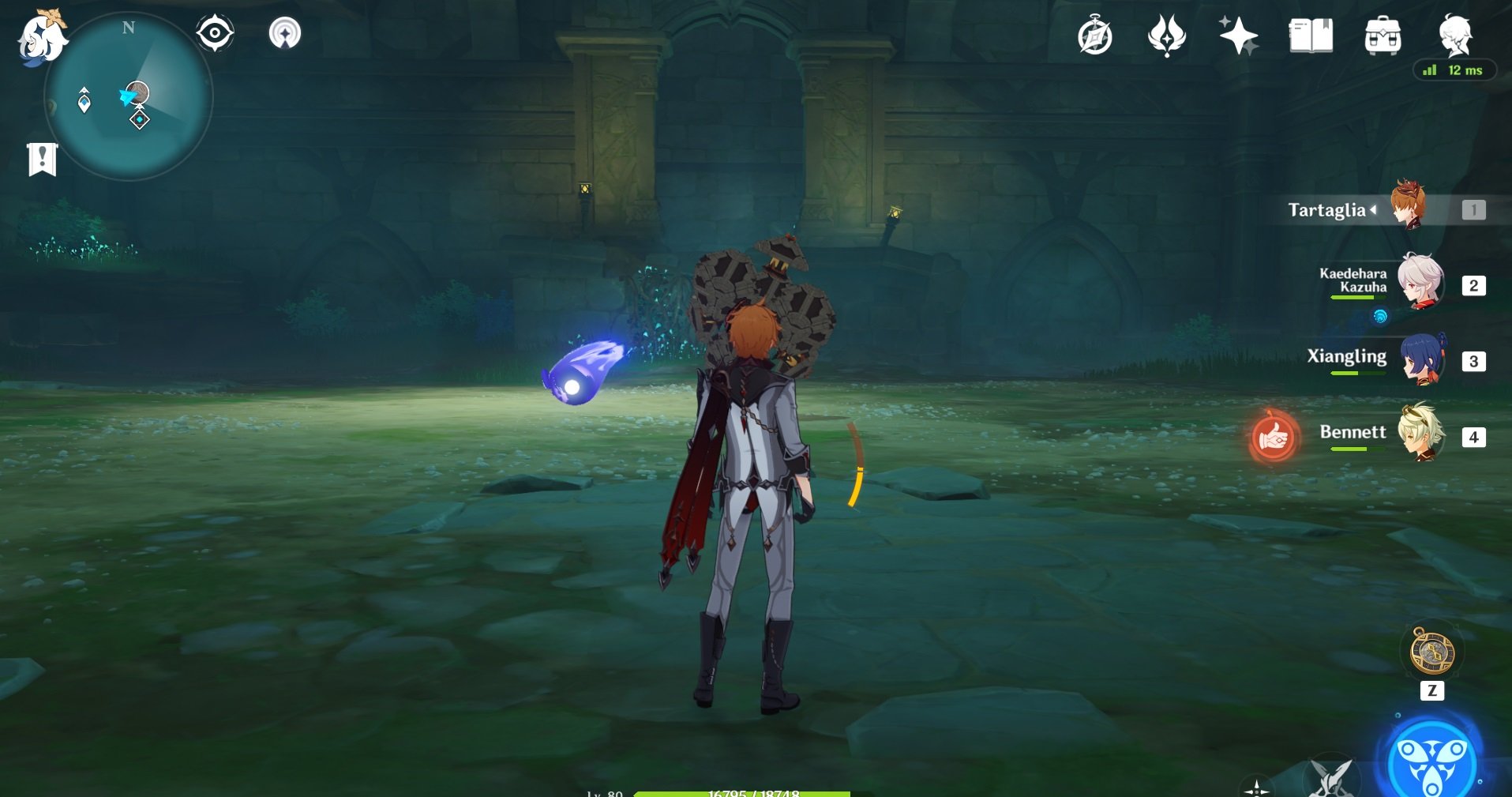 The Perpetual Mechanical Array is a special world boss in Genshin Impact that drops important Character Level-Up Materials. In particular, the boss drops the Perpetual Heart, which is used for Kamisato Ayaka’s ascension. If you’re entering Inazuma for the first time, you’ll have to jump through some hoops to get there.

Head to Araumi’s Waverider Wavepoint, and take it to Jinren Island just north of you. You’ll reach Jinren Island and a teleporter waypoint, which is made up of fairly tall rock structures and two separate mini-islands. The first, larger island is where you’ll need to go to fight the Perpetual Mechanical Array.

The bottom right of the first island has a rock structure with an Electrogranum on top of it. Collect the Electrogranum, and ride the Thunder Spheres up to the purple portal just above you. (It looks just like the portal used to reach the Spiral Abyss for the first time.) Then, you’ll teleport to the Perpetual Mechanical Array.

The fight consists of two phases. The initial phase is a simple phase not unlike other world bosses. Simply deal as much damage to the boss and dodge its various attacks. After a certain amount of time, the boss will transition to its second phase.

Here, it will split up into many different cores that will attack you. Find the core with a yellow ring around it, and target that one with your attacks. Once you defeat that core, the other cores will disappear, and the main boss will remain in a weakened state where it cannot attack. It will take extra damage in this state, so deal as much damage as you can to it as possible.

Once you defeat the boss, you can collect your reward for 40 Resin. Along with the Perpetual Heart, the boss can drop Gladiator’s Finale and Wanderer’s Troupe artifacts, as well as Geo and Cryo ores.