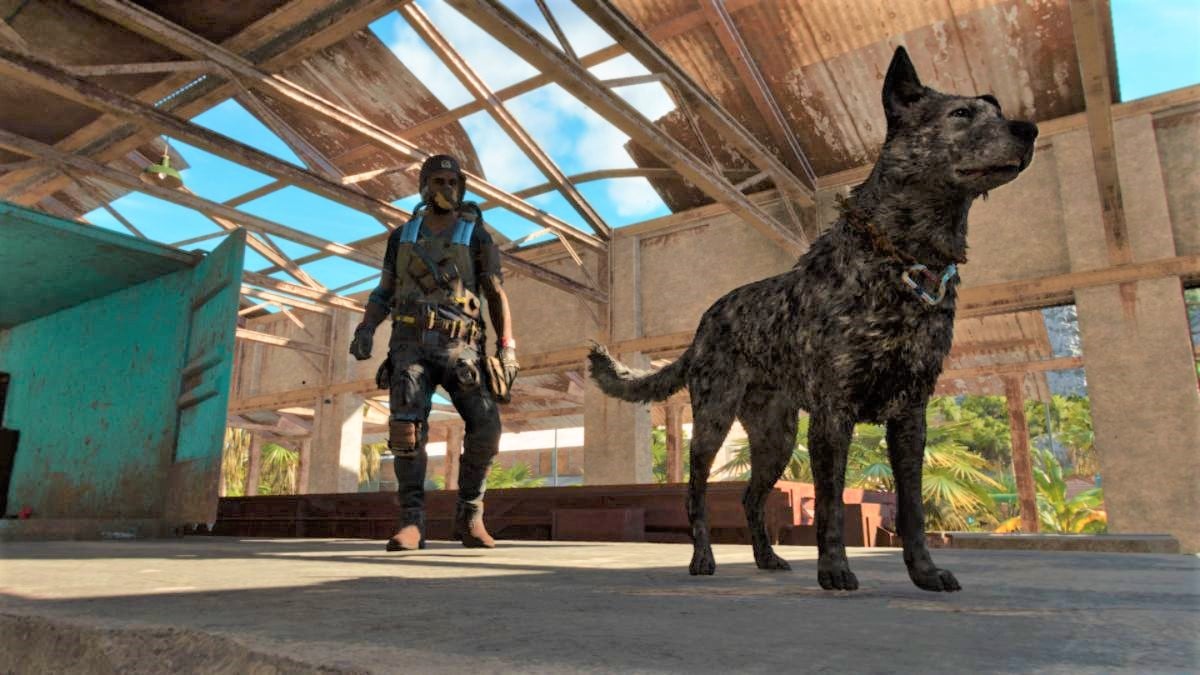 Boom Boom is one of the most popular Far Cry 6 amigos, so a lot of players want to find his location as soon as possible. To get Boom Boom you’ll have to complete the Boom Or Bust operation, which is triggered when you read a note pinned to a board on the northern edge of the Cocodrilo Swamps in Balaceras, close to the Villa Judía Hotel.

Following the mission marker will take you to the small town of Feroza, where you’ll have to search for a shipment of smuggled weapons. All you know is that the weapons are in a light blue McKay shipping container, of which there are several in Feroza.

The container you’re looking for is inside a railway hangar on the southwest edge of the town. You’ll know you’ve found the right one because there’ll be the sound of barking coming from the inside. Use your machete to break the lock, and the doors will swing open to reveal not only a stash of weapons, but also one slightly traumatised dog who Dani decides to name Boom Boom. Read the note inside the hangar to find out what Boom Boom is doing there. His main purpose, apart from looking cute, is to fetch resources from fallen enemies, which saves you walking over every corpse you leave in your wake.