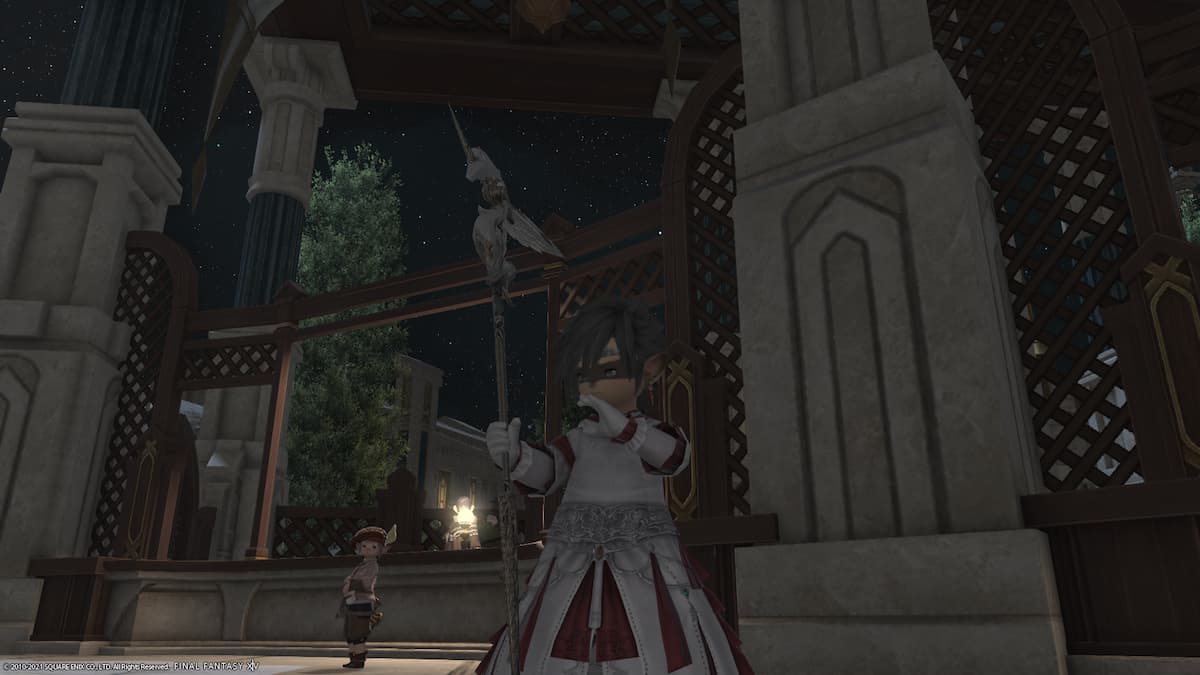 To access Job Artifact gear in Endwalker, you need to progress the Main Story Quest past “A Bold Decision”, which is immediately after the events in your second trip to Labyrinthos, and right before unlocking the final zone. You will be able to obtain a full set of left-side gear (Hat, Body, Hands, Legs, and Feet) as well as a Weapon. All of these items will be item level 560. The NPC, should you forget where she is located, can always be found in Old Sharlayan at X11, Y9.

Endwalker does Job Artifact gear a little different than previous expansions. Instead of requiring you to be on a specific Job to get specific gear, you can instead request any piece of gear you want. You will not be able to equip the gear, however, until level 89. Furthermore, the gear is level-synced at 89, and unlocks its full potential once you hit level 90. You do not need to do anything extra to receive this bonus — it applies automatically at 90.