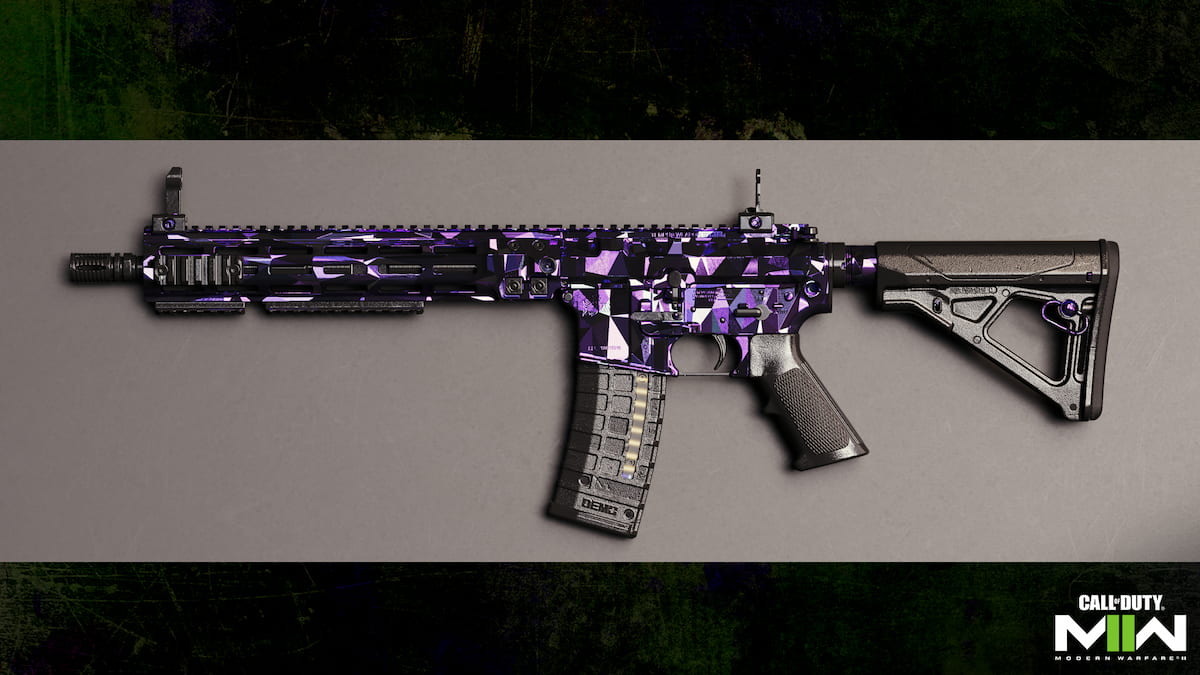 Once you’ve begun unlocking weapons and attachments in Call of Duty: Modern Warfare 2, your next venture should be earning some of the game’s luxurious Mastery Camos. There are four types to earn in the multiplayer, including a purple diamond skin known as the Polyatomic Camo. The cosmetic surely has one of the best designs yet, though expect to use several weapons in order to obtain it. Here’s how to unlock Polyatomic Mastery Camos in MW2.

How to get Polyatomic weapon camos in MW2’s Multiplayer

Players can earn a Polyatomic camo for a specific gun by completing its own unique weapon challenge in the Gunsmith’s Customization menu. However, you won’t have access to this challenge right away, as the Gold and Platinum Camos will need to be unlocked first. You can begin this journey by first completing any weapon’s four Base Camo challenges — which can also be discovered in the Customization menu.

This will then unlock a unique Gold Camo Challenge and it must be completed to its Camo. The Platinum Camo challenge can then be obtained by unlocking the Gold Camo for a specific number of guns in the same category, though this amount will vary depending on which weapon you first earned the Platinum Camo weapon challenge for. Once the challenge is finished, the Polyatomic Camo challenge can be unlocked by earning the Platinum Camo for a total of any 51 weapons in the game. Each of the weapons will then have a specific objective in the Customization menu that needs to be done in-game in order to unlock its own Polyatomic Camo.

Related: All weapons in Call of Duty: Modern Warfare 2

As if that is not already a grind, those brave enough to continue their weapon mastery can even unlock the Orion Camo once the Polyatomic is obtained. Compared to previous games, the multiplayer does offer a few additional ways to make the challenges easier. For one, players will find that the reimagined Gunsmith feature allows them to share unlocked attachments between multiple weapons. There is even a wealth of new and returning game modes you can finish the camos’ objectives in.