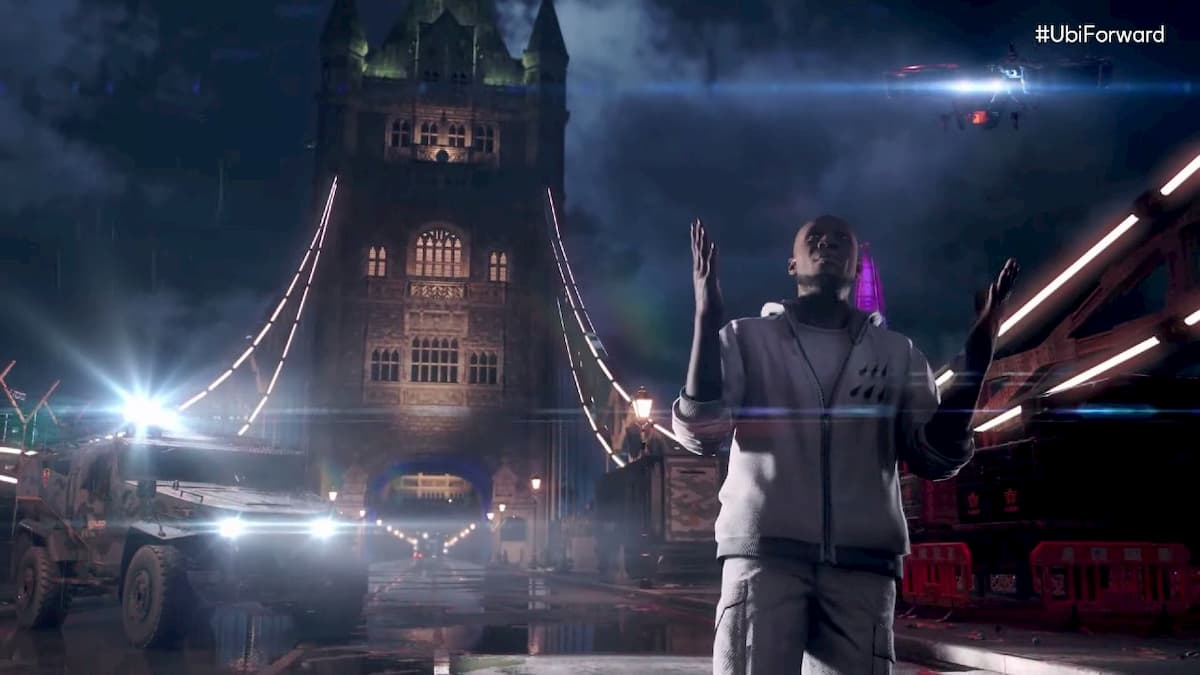 Watch Dogs: Legion features many crossovers and other stuff that players can experience aside from the main storyline. The game will be getting an update that will bring characters from the Assassin’s Creed franchise and the legendary Aiden Pearce. Apart from that, popular rapper Stormzy also has a special cameo in the game.

As soon as you hop in-game, you’d notice many posters related to Stormzy declaring him as wanted for supporting the resistance. To get in touch with Stormzy and help him out in the game, you need to complete a few missions first.

First of all, you need to ensure that you are in touch with 404 and Nowt and have finished the Skye Larson storyline, one of the most unsettling storylines in the game. Once Nowt joins the DedSec safehouse, start doing her missions until you see a black and white exclamation mark near the Safehouse.

All you need to do is keep doing her quests, and eventually, the Stormzy’s Fall on My Enemies mission will start. For the mission, you need to broadcast Stormzy’s latest music video, Rainfall, by accessing AV Server at the London Lens. There are many drones involved in this mission, be it for completing puzzles or fending off enemy drones. The mission rewards you with ETO and some gear, and you also get to see the entire Rainfall music video in the game!