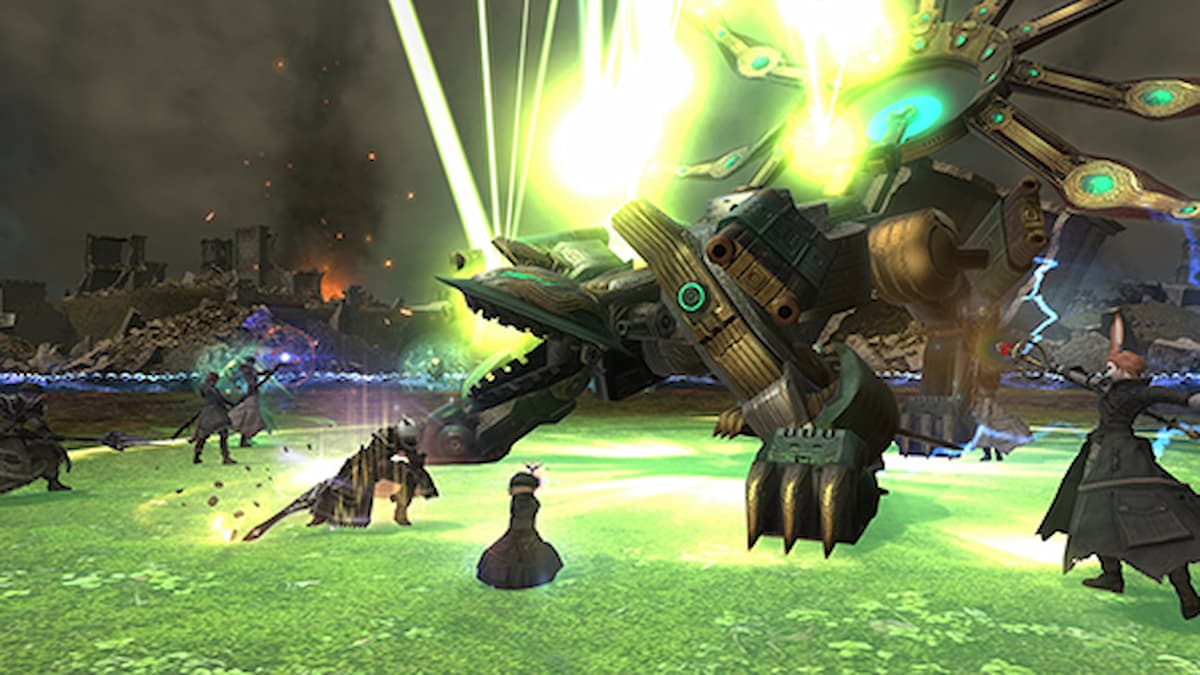 In order to enter the Bozjan Southern Front, you’ll need to complete a few requirements first. Catch up on the level 80 main scenario quests, up to “Vows of Virtue, Deeds of Cruelty.” Then head to Rhalgr’s Reach, and finish “The Bozja Incident” and “Fire in the Forge” to gain access to a new area called Gangos, which connects to the Doman Enclave.

Make your way to Gangos and speak with Marsak (X:6.4, Y:5.7). Complete the quest “Where Eagles Nest,” and you’ll unlock the Bozjan Southern Front. When you’re ready to head inside solo or in a party, talk to Sjeros (X:5.5, Y:5.4), and you’ll enter the instance. Be sure to speak to the NPCs at the surrounding camp. They’ll begin a set of tutorial quests on how to participate in the Southern Front. These quests also take you through the Resistance weapon questline.

Taking on the FATE-like Skirmishes spread across the map will earn you Mettle, or Bozja-exclusive experience points, which increases your Resistance rank. For anyone on a job under level 80, Skirmishes also grant you actual experience points for leveling up normally. As you progress through the quests at the main camp, you’ll open up new areas of the map with higher-level Skirmishes available.

The Bozjan Southern Front also has special Critical Engagements for players to challenge together, which are more difficult boss encounters with scripted mechanics. Anyone who does well in Critical Engagements has a chance to take on special solo duels for awesome rewards, like special mounts and titles. Finally, higher-ranking players can team up for Castrum Lacus Litore, a 48-man raid where groups breach the fortress to take down numerous bosses.

You can join parties inside the Bozjan Southern Front, or progress on your own. Everyone will be synced at level 80 and item level 430. This includes players leveling their jobs from 71 to 80. You’ll have access to your full job kit while inside the Bozjan Southern Front, and you can change jobs as needed. When exiting the instance, you’ll have your item level and set of job abilities restored to normal.