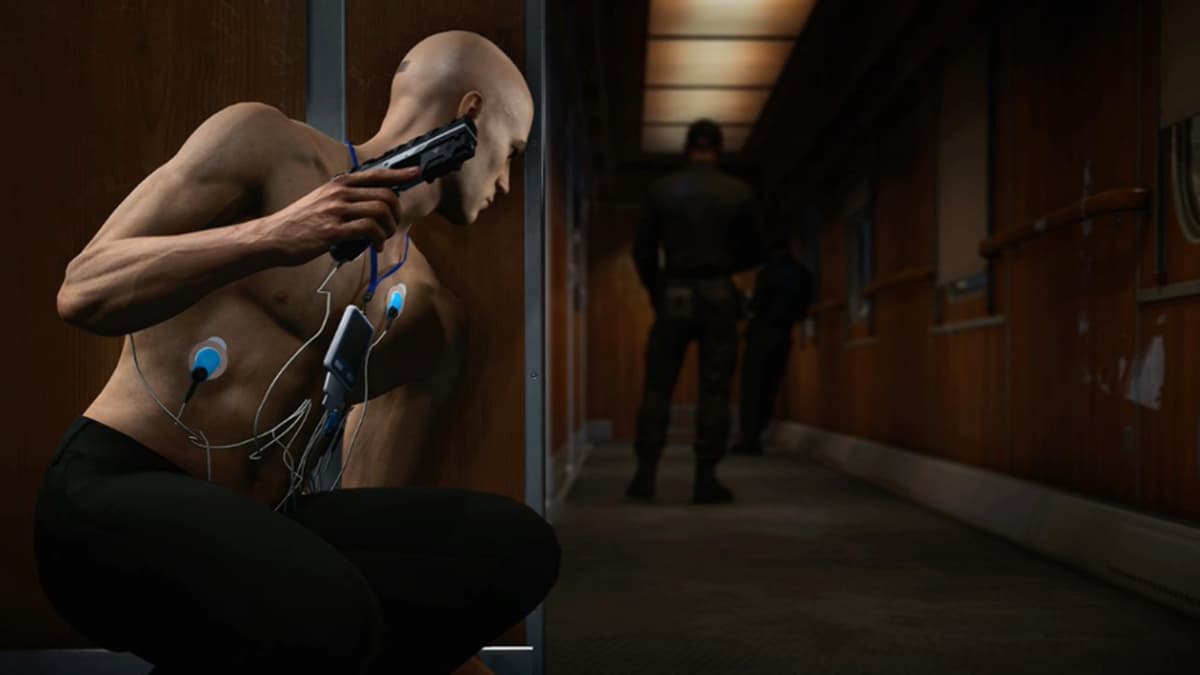 In the Hitman series, the games rarely promote using weapons on anyone outside Agent 47’s assassination target. That is why the final mission in Hitman 3, located in the Carpathian Mountains called Untouchable, allowing us to take on an army, is an unexpected twist for the sendoff in the game’s closing moments. A secret achievement taking place on this mission is called Bullet Train, and requires you to shoot the same soldier with a silenced pistol, silenced SMG, and silenced shotgun before they die. Here is how you can go about getting the weapons and unlocking the Bullet Train achievement.

As you progress towards the front of the train to kill Arthur Edwards, you will be coming in contact with many heavily armed and armored soldiers. Most of these guys will have a pistol on them, which you will need to pick up for this achievement. They do not have silencers on them but do not worry; we will take care of that.

At some point, as you are moving forward, you will come across a workbench that lets you make a homemade silencer for the pistol.

As for the shotgun, there are a few ways to grab one. One can be obtained next to a sleeping guard, and one or two other soldiers have a shotgun on them. As for the SMG, the only one we were able to find was in an armory cart that had two soldiers talking in it (there is also a silenced shotgun in here). We knocked both soldiers out and grabbed the weapons we needed here.

With all three weapons in your possession, aim at a soldier’s legs with one shot from the pistol and a short burst from the SMG first, and then finish them off with a shotgun blast. This achievement did not unlock for us when we did it on the knocked out guards, so if you continue forward, there will be more you can attempt it on. Just remember to weaken with the pistol and SMG first, then finish with the shotgun.

An additional note: while you put away either one of the SMG or shotgun, the other will need to be in your hand, or you will drop it on the ground. It may be a good idea to save right before you enter the armory car just in case you have any issues.