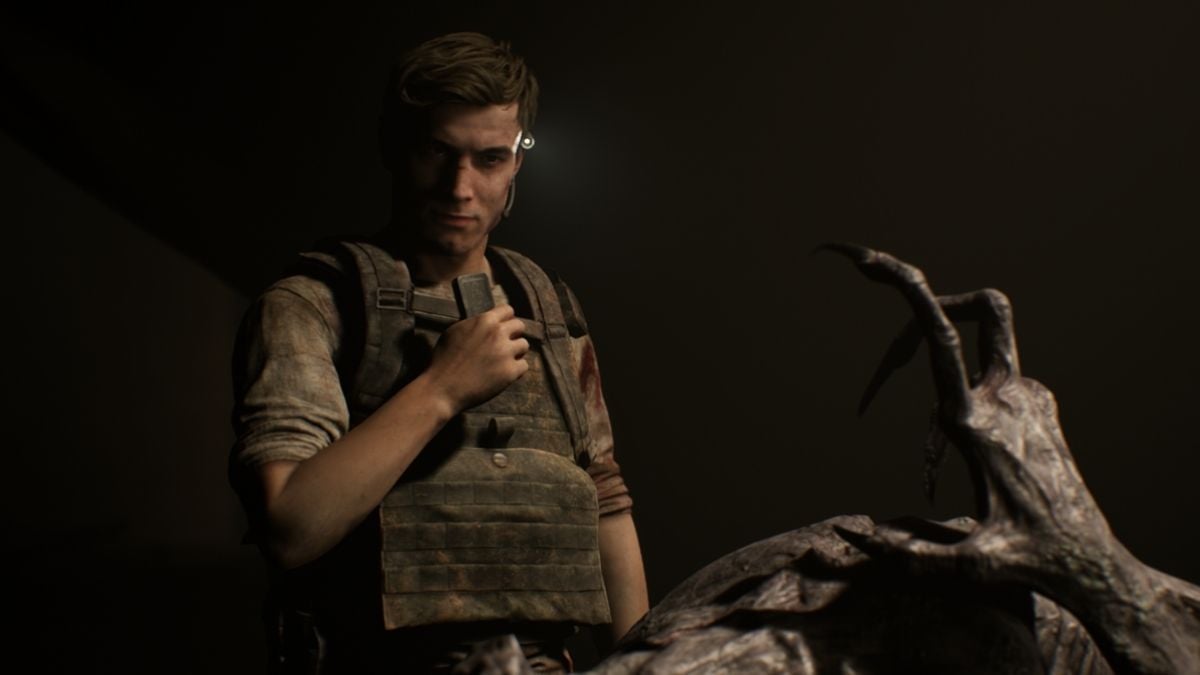 Like other achievements in The Dark Pictures Anthology: House of Ashes, the Oorah achievement requires you to perform specific actions to unlock it. This achievement states that you need to have Eric and Nick share a moment in the elevator. Of course, this requires you to have Nick and Eric survive their time in the caves, amongst other things.

Have Nick and Eric survive

As stated previously, Nick and Eric must survive to make it to the elevator. There are a few ways that they can die throughout the night. Eric has more ways to die than Nick. Do the following to keep Eric alive.

For Nick, do the following:

Have Rachel choose herself over Nick and Eric

Rachel needs to choose to be by herself rather than be with Nick or Eric. This is done by having a negative relationship with Rachel. Throughout the story, choose options that will result in a negative reaction from Rachel. If you stick with choose rational choices, this should work out fine.

Rachel can die throughout the story, but it is important to have her die at the end via suicide. During The Assault chapter, choose to save Eric so that Rachel gets infected. During the Strange Aeons chapter, Rachel will grab a White Phosphorus grenade and think about killing herself with it. Have her kill herself.

Have everyone die before the elevator

After Rachel kills herself, the rest of the game will play out. While everyone is on their way out, Salim will get separated from the group. Jason will have the choice to go back for Salim. Go back for Salim and fail the QTEs to have both characters die. This will ensure that only Nick and Eric are alive in the elevator.

With Nick and Eric being the only survivors, they will share a moment in the elevator if they have a good relationship with each other. Once they get off the elevator, you should get the achievement.