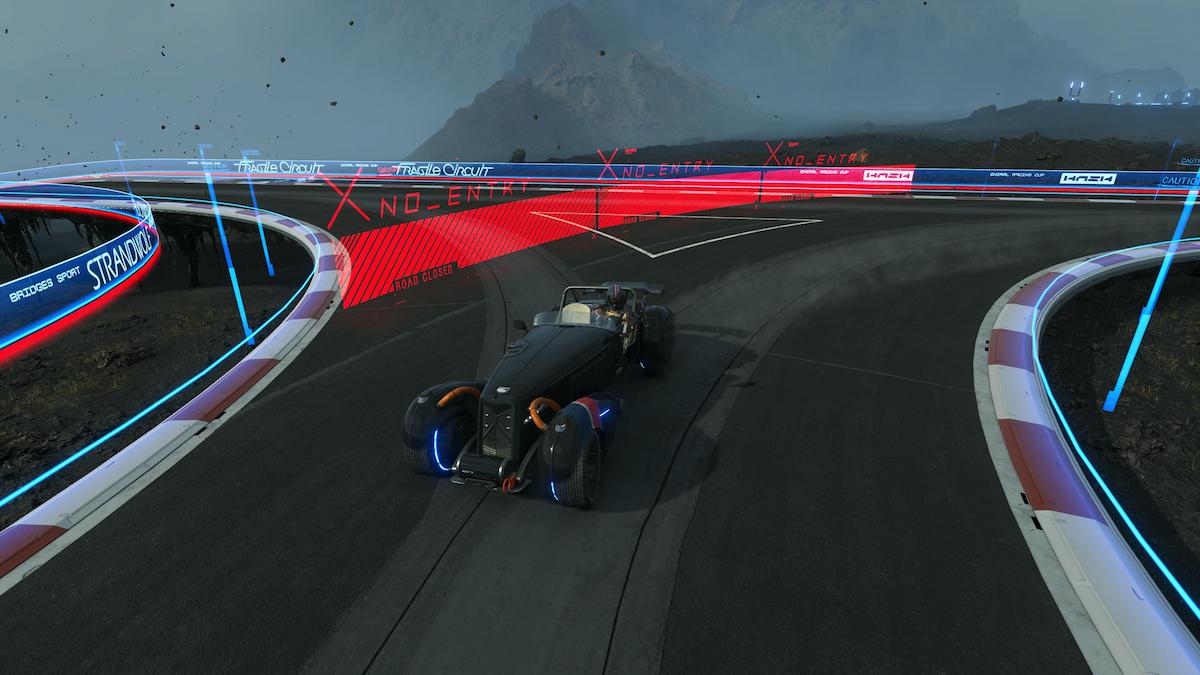 When PlayStation first revealed Death Stranding: Director’s Cut for the PlayStation 5, many assumed there would surely be some new features added to Hideo Kojima’s first post-Konami title. But it’s safe to say few were expecting this post-apocalyptic walking simulator to get a circuit racing mode. Dubbed the Fragile Circuit, this new mode challenges you to speed through a racetrack as fast as you can, but you’ll have to do a bit of in-game maintenance before you start your engine.

Firstly, you’re going to have to complete Order No. 35, which pops up during Chapter 3 of the story. After you finish your delivery, check your email for a message from Thomas Southerland, who will let you know of an unfinished racetrack in the central region that you can get up and running, provided you have enough materials.

To get to the racetrack, head to the Timefall Farmer’s residence and continue south. Close to the coast, you’ll find a terminal similar to the ones used to repave Death Stranding’s highways. To get racing, bring the following materials to the terminal:

If you’re low on materials, you should be able to take some from the Timefall Farmer. After feeding the terminal, you’ll be treated to a cutscene of the racetrack being rebuilt. Now you’re ready to hit the road.

You can either take part in single race events or the online ranked mode. The former tests your driving skills across many different vehicles, including the game’s bulky truck, Sam’s swift motorcycle, and the newly introduced Roadster sportscar. If you’re feeling up to it, the ranked mode lets you tackle online players’ personal best times, allowing for a bit of competition in Death Stranding’s generally cooperative online mode.