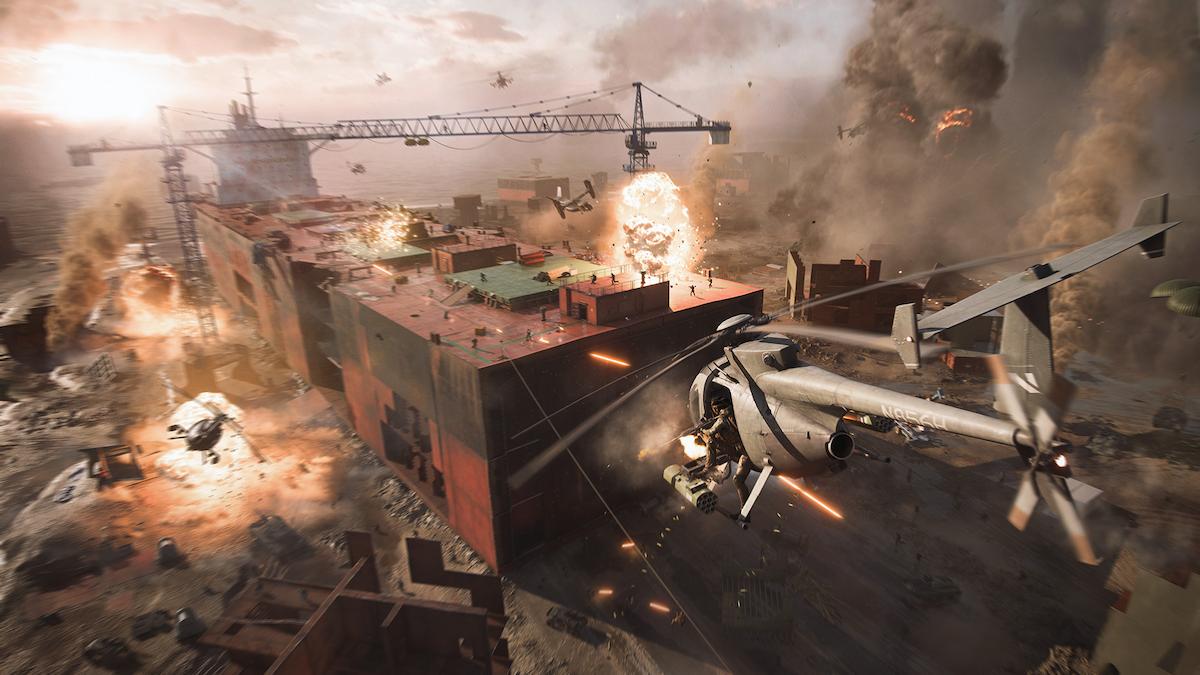 To access the Battlefield Builder, you’ll first need to visit the builder’s webpage on Battlefield Portal’s website. Then, you’ll be able to modify existing rulesets for the game’s Battlefield 1942, Bad Company 2, and Battlefield 3 playlists or create something entirely new.

If you opt to create a new experience, you’ll be able to choose five different game modes to build your playlist around: Rush, Conquest, Conquest Large, team deathmatch, and free-for-all. After that, you’ll select up to 20 maps to be included in the playlist’s rotation. Which maps are available vary depending on the game mode you’re building around, with team deathmatch and free-for-all having the most map options at 33 maps each. You’ll likely recognize many of these maps, which have appeared in previous Battlefield games.

After selecting your maps, you’ll then be able to make tweaks to in-game player limits, spawn settings, and squad settings as you see fit. After setting these, you’ll move on to gameplay modifiers. Here, you’ll be able to alter virtually every element of gameplay. You can enable or disable features like friendly fire, fall damage, sprinting, going prone, or even aiming down sights. You can also apply damage modifiers, control spawn settings for vehicles, and even customize which HUD elements will be visible to players in your custom game.

After setting your modifiers, the next section covers restrictions. These are automatically set if you go with the “map default” setting, which makes it so that whichever map you’re playing on uses the classes, weapons, and vehicles hailing from the game said map originated from. If you want one consistent loadout throughout all maps, regardless of which games the maps hail from, you can select one of four games (Battlefield 2042, Battlefield 3, Bad Company 2, Battlefield 1942) to use its equipment on all maps. If there’s a particular piece of equipment or perhaps a character you want to disable from use, you can do that as well in this section.

Finally, the rules editor lets you create custom rules. These can either be “ongoing,” which means they last throughout the entire game, or you can set them to occur upon a particular event, such as a player’s death. However, the rules editor is only available when creating team deathmatch or free-for-all playlists; you cannot use this for Conquest, Conquest Large, or Rush playlists. After setting your custom rules, name your playlist, give it a description, hit create, and it will now be playable. You’ll then be able to find it under “My Experiences” when hosting a game in Battlefield Portal.

There are a ton of options in the Battlefield Builder. It’s an incredibly in-depth game mode editor that seems rife with potential for some truly wacky, unique modes to be created, and it’ll be interesting to see what the community comes up with.