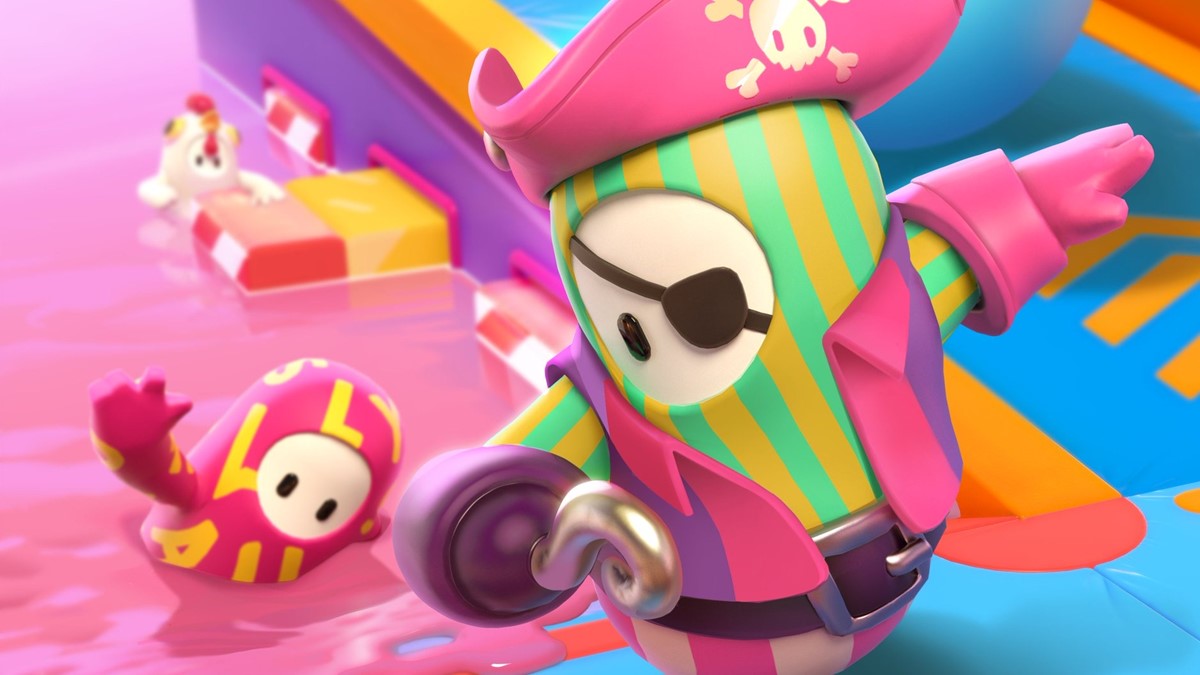 Fall Guys has the Main Show mode, but there are also limited-time (or rotating) show modes such as Gauntlet Showdown and the new show mode Slime Survivors. If racing is your strong suit, you may be at a disadvantage in this new show, as it is made up almost entirely of Survival-type round games, one Race-type game, and one Logic-type game. Don’t chicken out, though. Here are some tips and tricks to being the last Fall Guy standing.

In this show mode, Roll Out will always, without fail, be the first game. Getting good at this round will mean you will always have a chance in the greater standing of Slime Survivors. Remember to avoid griefers — stay away from those players who are pushing people into the slime.

As long as that part of the cylinder is turning up, it’s okay to jump down onto a wall, as it will ensure your safety for a while. Lastly, with so many less-experienced players on it, the round ends faster than it does in the main show. Use this to your advantage at all costs.

Go with the Crowd

Three of the games, Slime Climb, Perfect Match, and Block Party, don’t need to claim any lives. When playing these, it’s best to balance playing for yourself and following the other players if you get lost, aren’t sure what’s next, or forget where to go.

Occasionally, players will sacrifice themselves to troll, or just honestly get it wrong. But four out of five times, you’re solid if you follow the crowd. In Slime Climb specifically, as long as you are ahead of the slime, it’s okay to hang back and move a little slower than the main crowd of players.

Jump Club and Jump Showdown are both present in this mode, so mastering those game modes is also key. It may seem simple: jumping over a spinning pole, without jumping into another spinning pole. But with Jump Showdown, it’s a little tougher.

Jump Club is only about living longer than some of the other players. With Jump Showdown, it’s last one standing, and the platforms collapse. So, you may want to be a little more aggressive. Grabbing another player is a risky move, but if done right, you can knock another player off and still survive the jump yourself.

The last game you’ll see in this mode is Hex-A-Gone. It is the other final round option if you don’t get Jump Showdown. It’s definitely one of the tougher final rounds, and since Hex-A-Gone doesn’t have a non-final equivalent, it can be a little daunting. But if you can master all of its final round tricks, it shouldn’t loom over you like the one mode you haven’t practiced enough.

Overall, this mode will only have Roll Out, Slime Climb, Perfect Match, Block Party, Jump Club, Jump Showdown, and Hex-A-Gone. That may seem intimidating at first, but it’s also a great way to hone your skills in those games. The more you play Slime Survivors, the better you will do on your way to take home the crown.