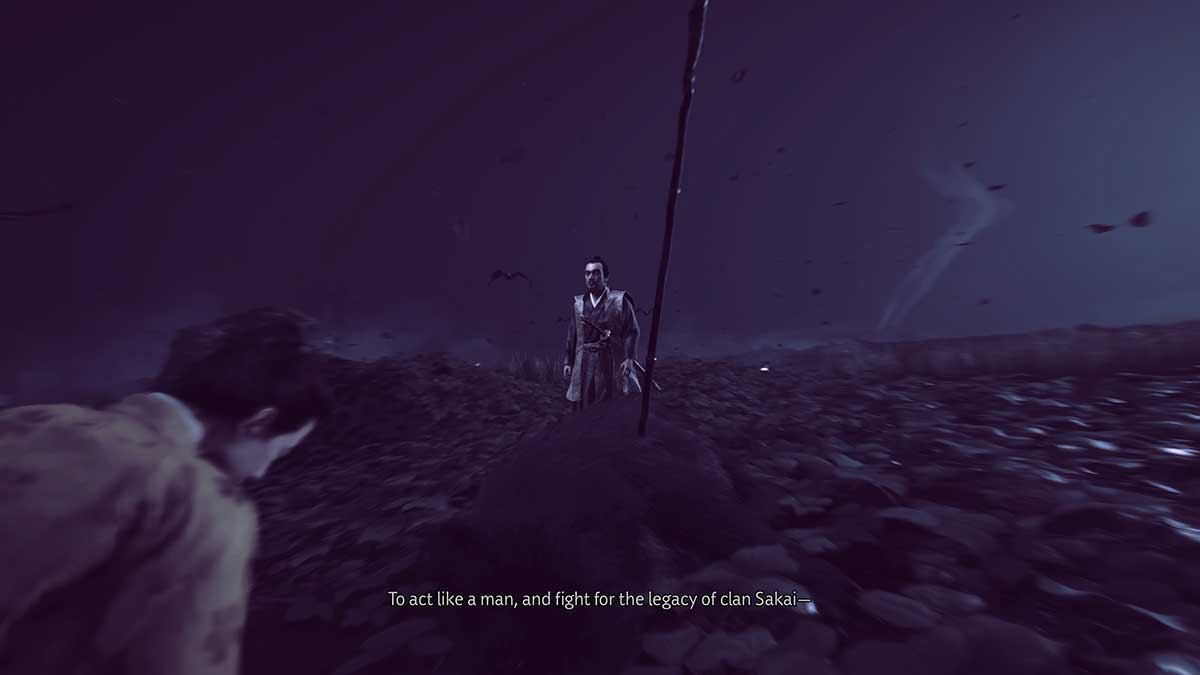 Iki Island is brimming with memories for Jin Sakai. His father brought him here as he led an invasion and murdered countless peasants, raiders, and bandits in the name of order. While he may have built Fort Sakai and brought about some semblance of normality to the crime-ridden island, it cost him his life. Jin’s mind is swimming with these memories upon his return to the island, and thanks to The Eagle, they’re much more lifelike, appearing as visions than they would be otherwise. This guide covers where a vision of Lord Sakai can be found.

Where is the Lord Sakai vision on Iki Island?

The Lord Sakai vision is located near Lake Nagata, almost directly north. It’s also slightly southeast of Kidafure Battleground. The vision itself will trigger when Jin examines a spear that’s poking out of a dead bear. If you’ve recently started the game, you may know where this vision is going.

The vision harks back to Jin’s time training with his uncle. It’s quite a nice memory in contrast to most of what you’ll see of Jin’s father. It shows Lord Sakai getting Jin to explain what he thinks is honor, not his father’s idea of the concept. You can see the building blocks that repaired Jin after witnessing his father’s death, forming him into the man you get to play as in Ghost of Tsushima.

While this vision isn’t quite as powerful as the one of Ryuzo, it’s still worth experiencing for yourself if you haven’t already.