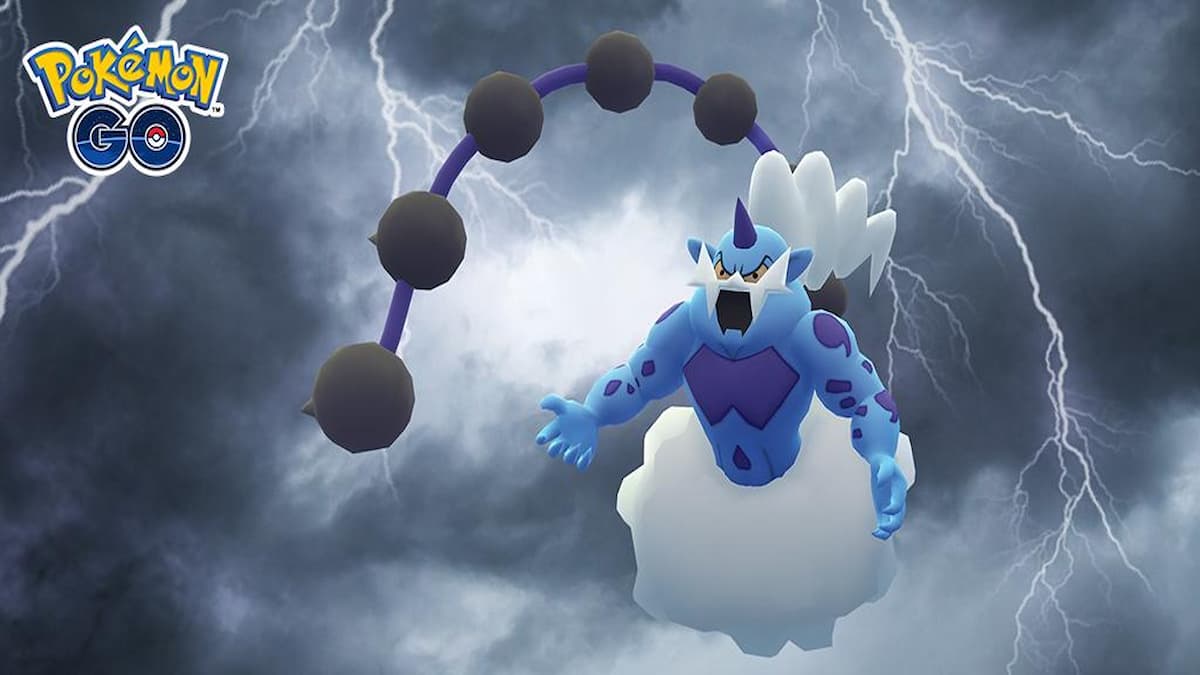 The third and final Forces of Nature legendary Pokémon, Thundurus, arrives in Pokémon Go on March 11 to the 16, in your local time zone. Landorus and Tornadus have already returned for the Season of Legends, and Thundurus is the final choice before the Therian Formes appear. It will appear in five-star raids much like the others. We recommend you grab a few other trainers to work with you to try and capture it. These five-star raids require a good number of trainers to take down the legendary Pokémon, so the more trainers you can grab to work with you, the better your chances of defeating it.

Incarnate Forme Thundurus is an Electric and Flying-type Pokémon. It’s weak to Ice and Rock-type moves, but it’s resistant to Bug, Fighting, Flying, Grass, Ground, and Steel-type attacks. You don’t have too many options when battling this legendary Pokémon, so you want to stick with a mixture of Ice and Rock-type Pokémon.

The best Pokémon we recommend you use against Incarnate Forme Thundurus are Rhyperior, Mamoswine, and Terrakion.

Rhyperior is a Ground and Rock-type Pokémon. It’s one of the best Pokémon you can use in the game, with high attack and defense stats. Not only are its stats pretty good, but its moveset makes it a standout option to face against Incarnate Forme Thundurus. Rhyperior has several Rock-type charged moves that you use to do some heavy damage during the raid. The best moveset Rhyperior can use against Thundurus will be mud slap for its fast move, followed by rock wrecker and stone edge for its charged moves.

Mamoswine is a Ground and Ice-type Pokémon. It’s far more of a glass cannon than Rhyperior, so you probably want this to be the first Pokémon you use in your team to do some quick damage against Thundurus at the beginning of the raid. You definitely don’t want this to be your final Pokémon. Mamoswine has several Ice-type moves it can use. The best moveset Mamoswine can use against Incarnate Forme Thundurus is powder snow for its fast move, and then avalanche and bulldoze for its charged moves.

The final highly recommended Pokémon for this raid is Terrakion, another legendary Pokémon, and it’s a Rock and Fighting-type. While Incarnate Forme Thundurus is resistant to Fighting-type moves, Terrakion has plenty of useful Rock-type attacks available to it. Terrakion also sits in the middle of being a tanky Pokémon with plenty of health, and it also has plenty of attack power to put a dent in Thundurus’ health. The best moveset Terrakion can use during this five-star raid is smack down for its fast move and then close combat and rock slide for its charged moves.

You need a full team of six Pokémon to use in a five-star raid. You can use plenty of other choices against Thundurus to fill out your team that can counter it. These are useful choices if you don’t have any of the ones we’ve already listed or don’t have multiples of them.