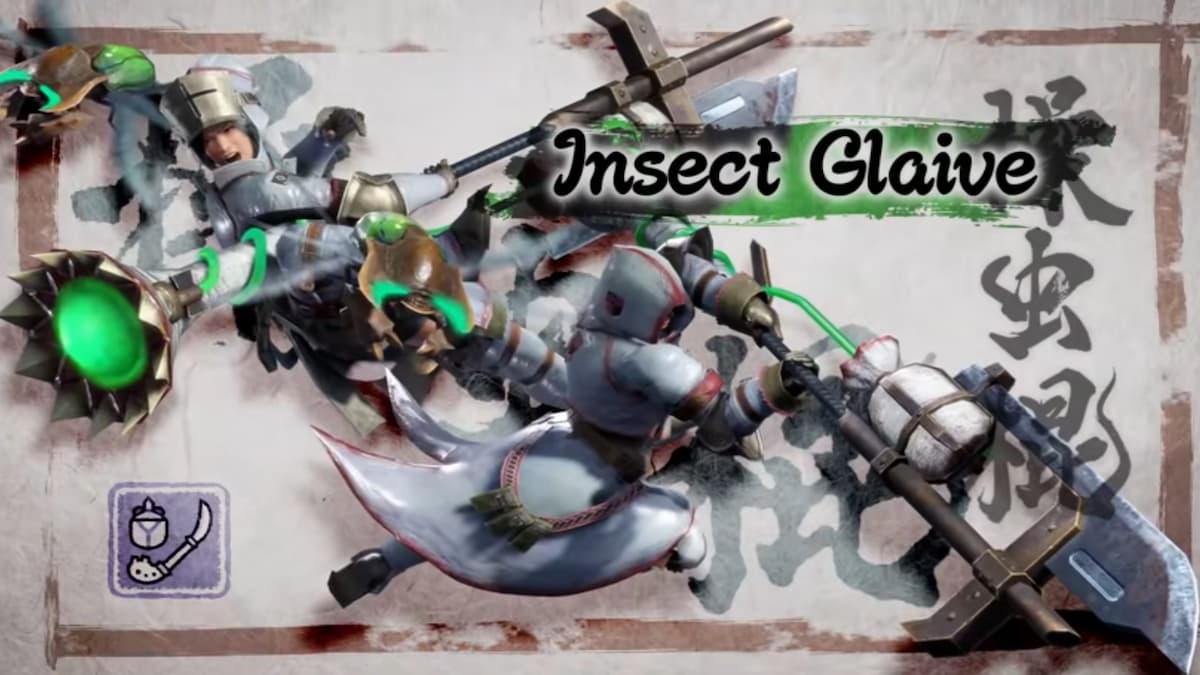 The Insect Glaive is one of the more complicated weapons to use in Monster Hunter Rise. It turns you into an agile, monster-killing machine. But there are complicated weapon mechanics hidden behind the maneuverable weapon. While your attacks are quick and capable of dealing critical damage, you want to optimize your weapon by using the insect that comes with it. This creature dives straight at a monster and then returns to you, giving you a distinct color called an Extract. There are three Extract colors your Insect Glaive can have all at once, and by having all three on your weapons, you can access your best combos and attack power. Anything less than that is underutilizing it.

The big thing about the Insect Glaive is using the Kinsect. During the fight, you’ll be sending this bug out at a monster, and when it hits it, the bug acquires an Extract. There are three Extract colors: red, white, and orange. The type of extract your bug receives depends on the part of the monster it hits. When a fight starts, mark your enemy, and then send your Kinsect out to Extract colors from the monster and recall them. It helps to be close to the creature while battling it. You can change the type of Kinsect you have, with the best being the speed or powder type.

When at a medium distance from a monster, using your vault sends you up into the air, and you slam down on top of them using various combos. By having all of your Extracts activated on your Insect Glaive, the more combos, you can perform. You want to switch between using X and A while in the air to perform various attacks. You can also evade while in this mode using B to avoid an attack.

You can use this attack by hitting ZL+X. You’ll jump into the air, performing a leaping attack, and you can click X or A to perform follow-up attacks or click B to perform a dodge.

When you recall your Kinsect using the ZL+A button, your Kinsect returns to you and fires out a healing aura all around it as it dives back to you, healing your allies that it flies over.

The advantages of the Insect Glaive are you’re extremely maneuverable. A special combo you have with the weapon allows you to bounce on the weapon and shoot up into the air, and you use your weapon again to cut through it. You’ll be able to close the distance between you and a monster in a few seconds. When you have all three colors active on your Insect Glaive, your attack speed, damage, and critical damage increase, giving you the chance to do a lot of damage in a short amount of time against a monster, especially when you have it cornered. You’re also an expert at cutting off a monster’s tail.

The downside is your character won’t be as tanky as the other classes. You’re likely going to take more damage than other players. You also rely on having all three of your Extracts are active. If you don’t, your weapon is underperforming, so you have to make sure to have all three, or at least two.